Recognised as one of the best events of its kind in the South West, the Wiltshire Armed Forces and Veterans’ Weekend took place over June 30th and July 1st in Trowbridge Park. Glorious summer weather helped to draw crowds to the event, with many attractions including displays marking the centenary of the RAF, and also commemorating the centenary of the end of the First World War. The highlight for many was a flypast on the Sunday afternoon by an Avro Lancaster from the Battle of Britain Memorial Flight.
In keeping with the theme of commemoration of the end of the Great War, president of Trowbridge Chamber of Commerce and owner of Leykers, Tracy Parker came up with an innovative yet poignant way of remembering the fallen of the town. A series of wooden silhouettes representing each of the 50 servicemen from the Trowbridge area who gave their lives were situated around the town: each bearing the personal details of the serviceman in question, and a trail leaflet was produced. Leykers really entered into the spirit of the weekend in a more light-hearted way as well, with staff at the coffee shop wearing World War Two RAF uniforms, and in the evening the swing group 20th Century Foxes provided musical entertainment featuring songs from the 1940s. 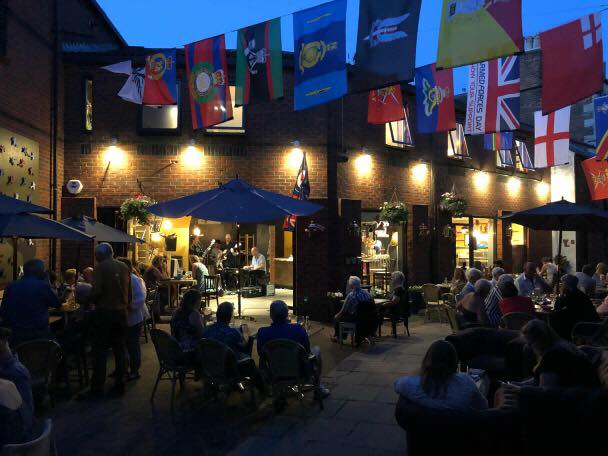