Trowbridge’s Christmas season got off to a fantastic start on Saturday November 30th with the always popular Christmas Lights Switch-On. Thousands of people thronged the park throughout the day to be entertained by a number of bands and school choirs, with kids’ favourite Rocktopus headlining. Town Crier Trevor Heeks opened the proceedings at 10.30am, followed by a traditional carol performance by the local Salvation Army band. Donkeys Samuel and Flynn were also on hand to provide rides throughout the day, and a huge Christmas Craft Fair took place within the Civic Centre itself.
The undoubted highlight of the day was a Lantern Parade, organised in the main by Vicky Spriggs from Trowbridge Town Council: hundreds of illuminated lanterns made their way from St. James’ Church to the Park, with a real carnival atmosphere being provided by a samba band. Vicky said “I am so pleased at how the event came together – a wonderful start to the festivities in Trowbridge.  The support from the community for the Lantern Parade has been overwhelming and it was fantastic to see so many children and families out with their creations on Saturday evening.  I can’t thank all of the participants enough for creating such a wide range of lanterns to join the parade.  There was a lovely, family-friendly feel to the whole day with so much happening in the park and the parade joining in for the Switch-On itself.  I am really looking forward to seeing where we can take it for 2020!” Vicky also expressed her gratitude to St. James’ Church for allowing the Parade to set off from the churchyard, and to the church volunteers for helping to line the parade up at its start.
A number of schools from around the town and further afield participated in the parade:

Lantern-making workshops had been held throughout November around the schools and at Trowbridge Information Centre: charities such as Trowbridge Future and Back On Track also got involved, as did Town Hall Arts. In addition to the work put in to the project by Vicky Spriggs, its success was also due to Karl Buckingham and Niamh Kyte of the Town Council’s Facilities Team, and also to local artist Jennie Quigley, who provided guidance on how to make the lanterns whilst also providing artistic inspiration. 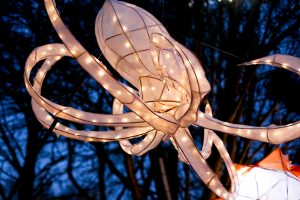 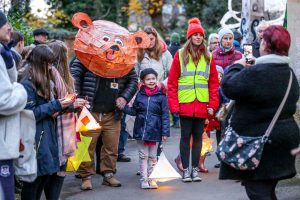 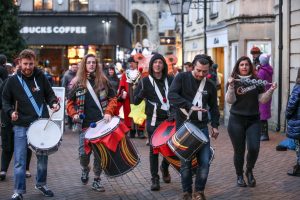 The best lantern was picked as winner of a competition to throw the switch for the lights, and the prize went to the Bletso family, for their amazing octopus: Ashton and Alice Bletso had the honour of pushing the huge button, illuminating the town and setting off a fantastic fireworks display.
Gemma Bletso said “It was amazing . . . we didn’t even know there was a competition until we were told we had won. We’d seen an octopus in another display elsewhere, so we thought it seemed like a good idea. It took about five days to make. As a family we thought it would be easy to build . . . but it wasn’t. ”
Husband Trevor added “It’s been awesome, and having our kids turn the lights on was amazing, as it’s a once-in-a-lifetime thing. The fireworks were the best I’ve seen, with such a great atmosphere. We come every year, and each time it keeps getting better.”
Mayor of Trowbridge, Councillor David Cavill said “This was the very first lantern festival held in Trowbridge. All of the lanterns were fantastic, and everyone did a great job.” 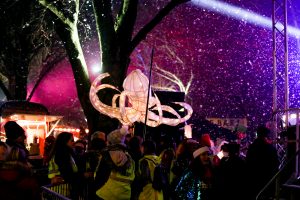 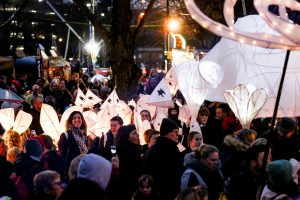 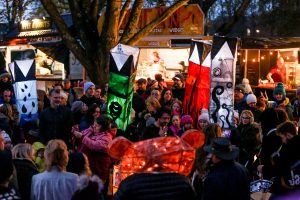 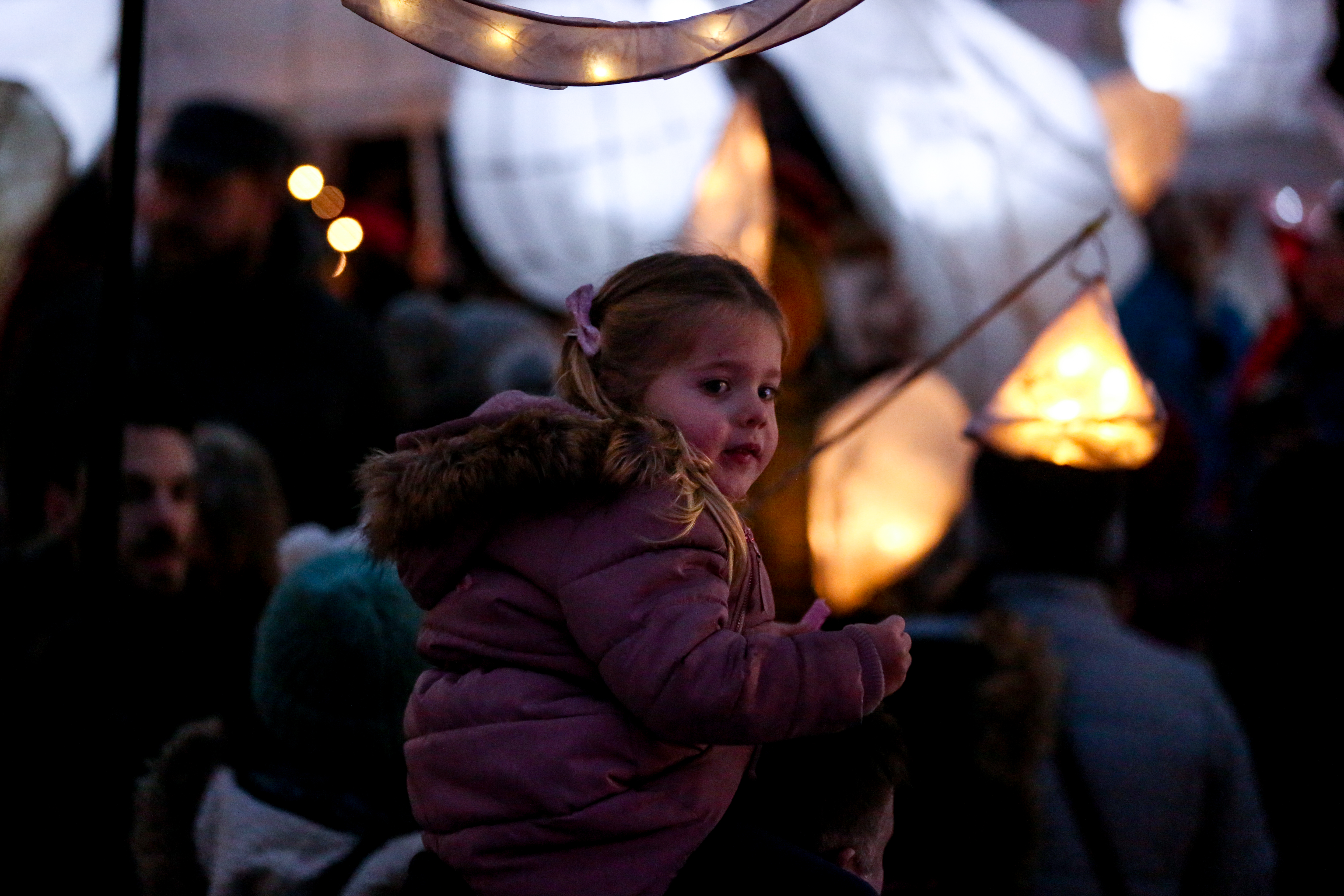