A new cycleway is to be created along Hilperton Road in Trowbridge as part of a county-wide scheme, for which Wiltshire Council has recently secured more than £200,000 in funding.

Part of this funding will help bring about the creation of a segregated cycleway on the A361 Hilperton Road in Trowbridge, starting from near the fire station and using cycle lanes from Stancomb Avenue to the Hilperton Road roundabout.

Cllr Nick Blakemore, who represents Trowbridge’s Adcroft Ward, welcomed the news. He said “This is splendid news. Any form of investment that sees viable alternatives to using the car is to be welcomed, especially those that which will improve both the health of residents as well as helping our environment.”

The new cycleway will mean people living in Hilperton and at the top end of Paxcroft Mead will now be able to cycle more safely into the town centre, as well as students attending localsecondary schools.

Councillor Bridget Wayman, Wiltshire Council Cabinet Member for Highways and Transport, said “It’s great news that we’ve received this funding. Work will start within the next four weeks and will be completed within eight weeks.

“We’ve had many suggestions for other schemes from town and parish councils, members of the public and local groups, and we know that these five schemes don’t go far enough, but we’re working with DfT to bid for an extra £908,000 of funding that we hope to use to progress several more cycling and walking routes in Wiltshire.

“Our teams are working round the clock to survey and plan all the suggestions we’ve received, so we’ll be in a good position to take several of these forward if and when we receive the next round of funding.” 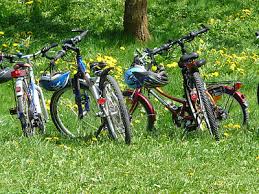