Town Council Has Concerns About Ecology

The working group is made up of councillors from across the political spectrum, as well as community organisations and individuals concerned with environmental issues. The group worked on and unanimously proposed this recommendation after it was originally suggested by Trowbridge Environmental Community, and it has now received cross-party support within the council.

Coupled with the declaration of a climate emergency from last year, the council will now not only put the climate but also the ecology at the centre of its policies, aiming to protect and enhance existing habitats for plants, insects and wildlife, as well as adding new habitats on the land under its control.

Councillor Chris Hoar, Chair of the Environmental Working Group said, “I am absolutely delighted this has been passed unanimously and it is testament to what can be achieved when councillors, community groups and individuals work together. Special thanks must go to Trowbridge Environmental Community who have been instrumental in bringing this idea to the council.
“Coupled with the declaration of a climate emergency last year, this will help put Trowbridge Town Council on a strong footing demonstrating it is taking its responsibilities seriously, and will contribute to making our town a greener, healthier, happier place for everyone.” 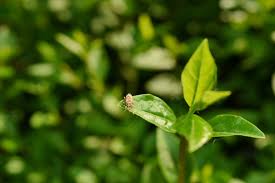