People in Trowbridge were saddened to learn of the death of a well-known local man and D-Day veteran, Mr. Bob Conway, who could always be seen at the annual Wiltshire Armed Forces and Veterans Celebrations in the Town Park, as well as the town’s Remembrance commemorations.

Mr. Conway, 94, was chairman of the Wiltshire branch of the Normandy Veterans Association, having served with the Royal Army Service Corps in France, Belgium, Holland and Germany during the Second World War.

He was also a dispatch rider and was awarded several campaign medals for his service, including The 1939-45 Star for France and Germany and The Defence Medal.

Interviewed for the Wiltshire Times in 2014 on the occasion of the 70th anniversary of the D-Day Landings, Mr. Conway said “I was 17 when I joined the army in 1943. I did my basic training and then got posted to the Royal Army Service Corps shortly after my 18th birthday. It wasn’t long before we set off from Dover to the coast of Normandy.

“We were on the landing craft over to Normandy for three to four days and the Germans were dropping depth charges all over the place. When we got there we went along a small side road around Arromanches.

“We were picking up ammunition and taking it to the soldiers for the cannons and heavy guns, as well as taking up food if they needed it.”

But, because of the Allies’ need for secrecy, it was never easy.

“There were no maps, nothing to tell you where to go,” said Mr. Conway.

“You never really knew from one day to the next what was going to happen. You were on your own most of the time and when you are 18 it was quite hard being on your own the whole time. I often wonder how we did it.”

Mr. Conway, whose father served with the Royal Irish Rifles in the Great War, faced several hazards during his ammunition drops and said one of the most dangerous parts of his role was driving into fields to check whether there were any mines lying in wait.

“When we got to a field they sent one vehicle around it first to make sure there were no mines,” he said.

“I had to do it several times. That was incredibly scary as you never knew whether you were going to get out of it alive.

“We were working 24 hours a day, so it was incredibly tiring and we never knew what a bed was. We slept in our vehicles and did pretty much everything in them. I don’t know how we did it really.

“We were supplying the troops all the way throughout Normandy and there was another occasion when I was shot at while driving and the bullet went through the windscreen and out the back windscreen.”

Mr. Conway was in Germany when the war ended and did not return home for another two years, instead assisting with transferring people from prisoner of camps.

He said: “We were on an autobahn when we heard the war was over.

“Someone managed to get a radio somehow and it was announced that the war was over and we all started dancing.”

“Bob holds a special place in the hearts of all of us here at the Trowbridge Legion. It was a privilege to have known him; he was a character with a true sense of duty and lent his support to the Legion on many occasions and regularly attended the Remembrance Sunday Service at St. James’ Church and the town War Memorial. He was also well-known and admired by all across Trowbridge’s veteran communities, and will be sadly missed.”

“At the going down of the sun and in the morning, we will remember you, Mr Bob Conway”.

Squadron Leader Philip Lobb MBE RAF VR(T) Retd also paid tribute to Mr. Conway, saying “Bob became involved with the 2196 (Trowbridge) Air Training Corps Squadron at Frome Road in 1980 when his son Robert joined the unit as a cadet. At that time I was commanding the squadron and Bob poked his head around the door one evening and asked if their was anything that he could do to help out on the squadron. I advised him that the Civilian Committee was in need of members and that the Chairman had recently resigned. His response was “no problem”. He took on the mantle and very successfully raised much needed funds and supported myself and my successor Flight Lieutenant John Funnell for many years. Robert had left the unit to join the Royal Marines and I recall that we had an excellent day at Lympstone for his passing out parade, as we walked down through the camp to the parade ground Bob noticed some workmen laying turf and as we went by I remember him saying to them, “green side up lads”. Both Gwen and Bob have remained our friends to this day; I very much valued his help and support on the unit and his contribution led to 2196 Squadron being one of the top units in Dorset & Wilts Wing for many years often being nominated for the Lee’s Trophy competition. Our community has lost a wonderful man who would never shy away from a job that needed doing.

Mr. Conway is survived by his wife Gwen and his extended family. 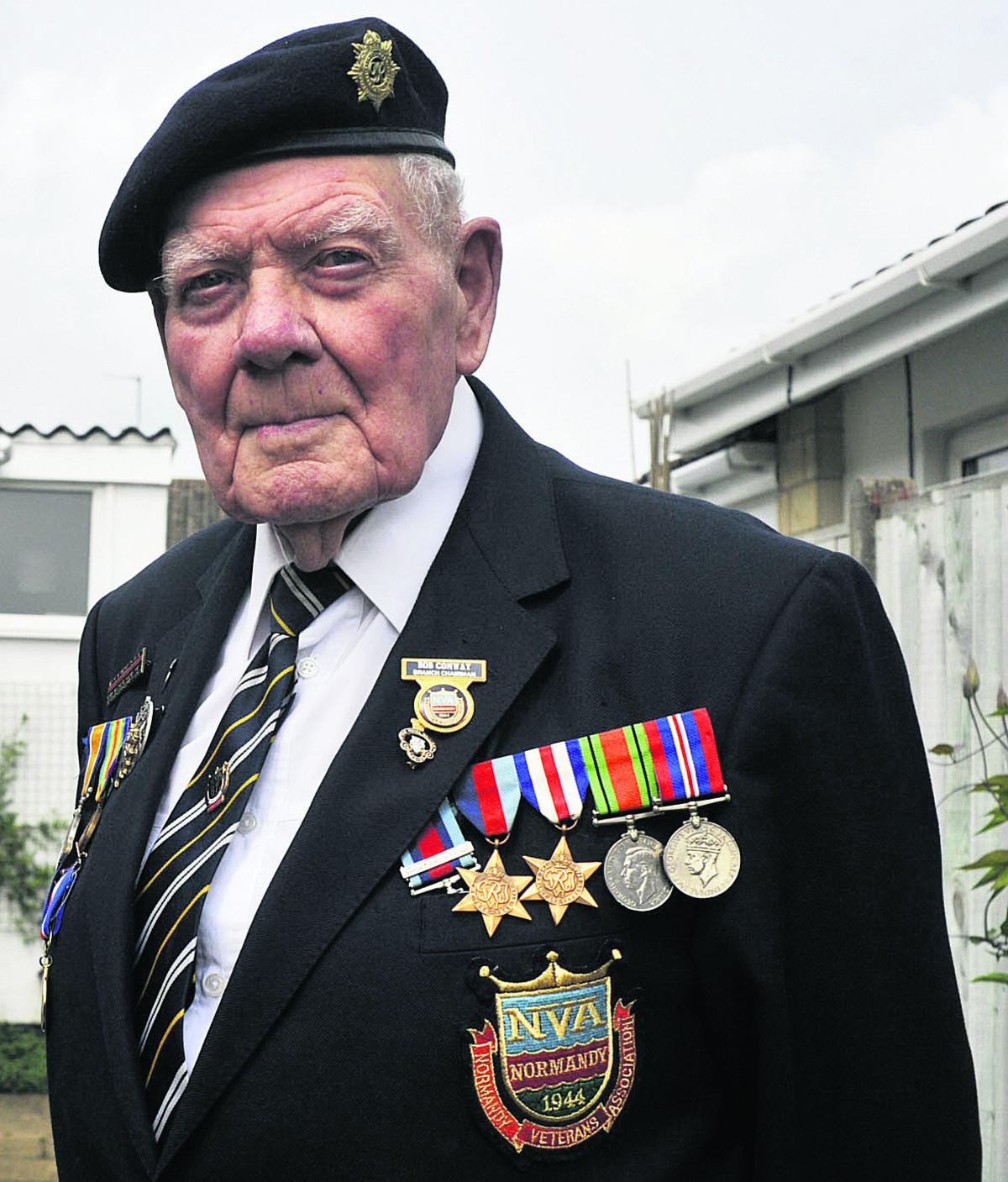