The Thread is now open

. . . was how Trowbridge Mayor, Councillor Peter Fuller, described a new landscaped garden in the town’s park. The garden area, with benches, gravel paths and lawns, now takes up the space of the former location of the park’s public toilets. The official handover to the Town Council took place earlier this month.

The project was a joint venture between Gaiger Brothers of Devizes, the developers of the St George’s Works apartment complex that overlooks the park, and Trowbridge Town Council. Of interest to gardeners will be the fact that the area is mostly bedded with perennials, reducing the need to continually re-stock with different plants, therefore creating its own eco-system.

Councillor Fuller formally accepted the handover, saying: “It may be wrong to say ‘Thank You, Town Council’, but I do: this is the People’s Park and this is our little contribution to keep it in our hands and to keep it maintained. The developers have very generously helped pay for it because they wanted to give the residents of St. George’s Works easier access to the park. I have to say it looks quite posh, but will obviously look a lot better when it has had time to bed in. I hope the townspeople and visitors to the park will take pleasure in making good use of it.”

Town Council leader, Councillor Stewart Palmen added: “It has opened up a section of the park which was not accessible for the general public, and has given everyone a nice area in the park in which to gather. There are seven benches, a special place for wheelchair users, and it’s a place where people can congregate and have an enjoyable time. It also affords a great view to the rest of the park. It’s also a great example of joint creativity between the public and private sectors.” 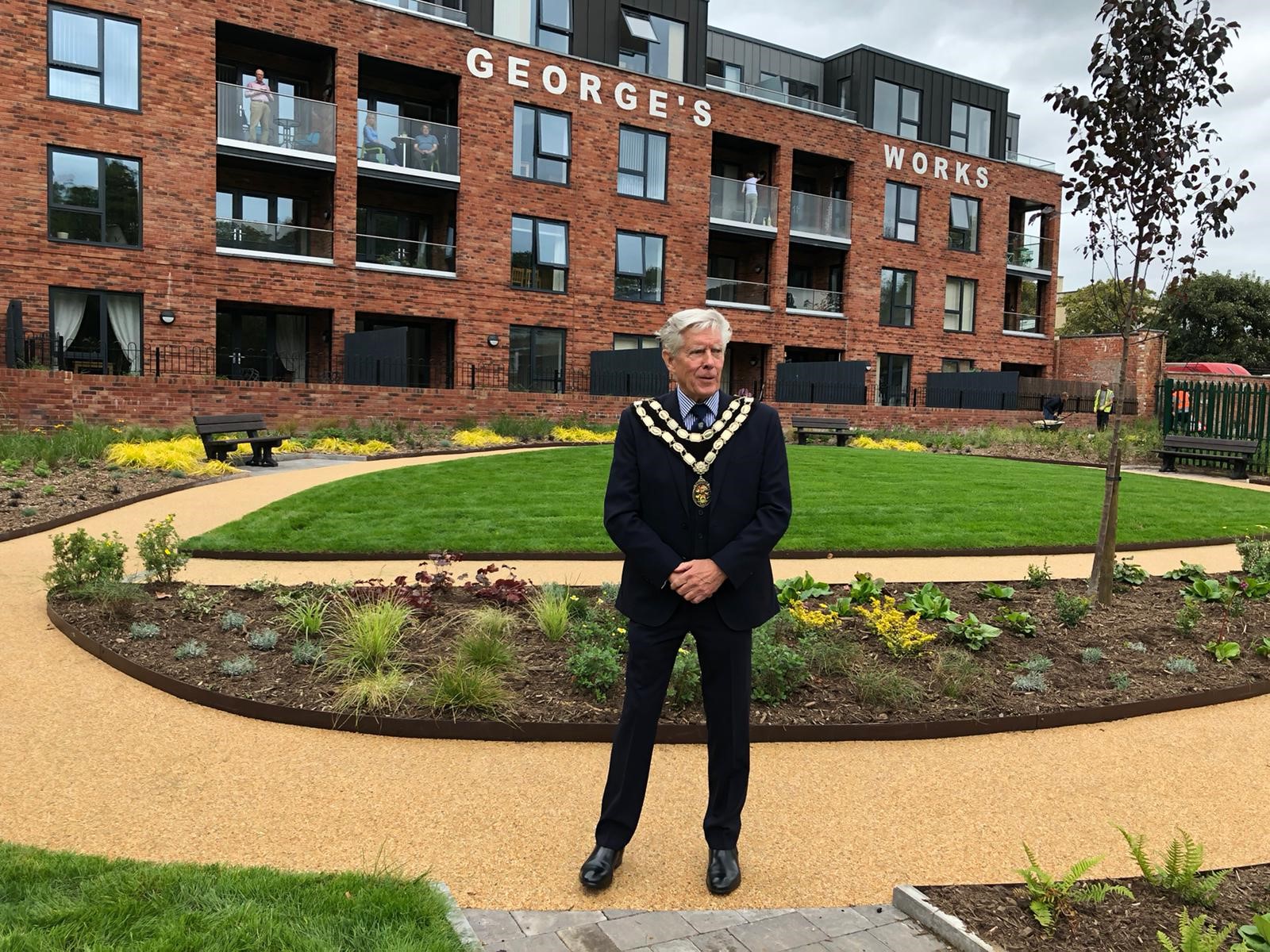