This year marks the 800th anniversary of the death of a truly remarkable man, Henry de Bohun. One of only two Magna Carta Barons from the West Country, he was elected to enforce the Charter, the massively important document that has ensured that future kings, and later English governments, are not above the law. The 25 powerful Magna Carta barons held the despotic King John to account and were given the power to enforce the Charter.

The two local barons were based at the nowadays much smaller village of Curry Mallet in Somerset, and in Trowbridge, the County Town of Wiltshire. These were their caputs (caput being a Latin word literally meaning ‘head’, Henry’s being Trowbridge Castle, whose footprint largely matches that of the Shires Shopping Centre. There were 25 Magna Carta Barons across England, all of whom were major figures, Henry de Bohun being Constable of England, responsible for managing what was at the time its main armed force, the militia. In Trowbridge, Henry did much to develop the economy of the emerging town, the majority of which was huddled close to the Castle. Henry obtained a Market Charter in 1200 (one of the earliest in the country), laying out early retail sites within the town. He built the town’s beautiful landmark St. James’ Church, and a fair was held on the Feast of St. James each year, in addition to the weekly market.

Henry’s struggle to enforce the Magna Carta did not end with the death of the autocratic King John in 1216, a year after its signing; eventually he was forced by a papal envoy to travel to Palestine as a penance for his rebellion, and he remained there until his death in 1220. His embalmed heart would have been brought back to the de Bohun family mausoleum at Llanthony Secunda Priory in Gloucester. The Dissolution and large scale destruction of the Priory under Henry VIII and during the Reformation meant that, by the seventeenth century, only a few walls were left standing.

However, the fascinating story of Henry was not yet finished. When another autocratic king, Charles I,  came to the throne, he sought to put his own regal will above the law, which of course resulted in the English Civil War (1642-1651), between Royalists and Parliamentarians.

The city of Gloucester was a Parliamentary stronghold during the war, yet King Charles laid siege to the city but unsuccessfully tried to breach its walls. He therefore asked his nephew, Prince Rupert, to obtain a massive new cannon, from the Low Countries. The huge gun was shipped in by way of Bristol and brought to the outskirts of Gloucester, where it was hauled up on to the remaining high walls of Llanthony Secunda, overlooking Gloucester, so it could pound the city into submission. Unfortunately for Charles, the Royalist gunners were not familiar with such a massive gun. When it was fully loaded, and they tried to fire it for the first time, it exploded. (Some maintain that this explosion forms the basis of the nursery rhyme, Humpty Dumpty.) As a result, Charles eventually was forced to called off the siege and Gloucester was never taken by the Royalists.

Some who hold an interest in myths and legends might say that an autocratic king, set on placing his own power above the law, was pushing his luck by placing the huge cannon so close to the tomb of such a staunch upholder of Magna Carta, which Charles was attempting to subvert. The explosion of the cannon set Charles I on the road to defeat and his eventual execution in 1649.

Henry de Bohun was also remembered when the Houses of Parliament were rebuilt after a disastrous fire engulfed Parliament in 1834. His statue, high up between the structure’s windows, looks down on the deliberations of the House of Lords. The original of that statue is in Trowbridge Museum, where it can be viewed up close. (Please note that Trowbridge Museum is undergoing a major expansion, and is currently closed, with its reopening proposed for February 2021.) The Museum is in the centre of town within The Shires shopping centre, largely surrounded by the burgage plots laid out by Henry de Bohun’s officers over 800 years ago. Henry’s vision for the town can still be seen on the ground today.

We are grateful to Mr. Andy Milroy of Trowbridge for providing the bulk of the information contained within this article. 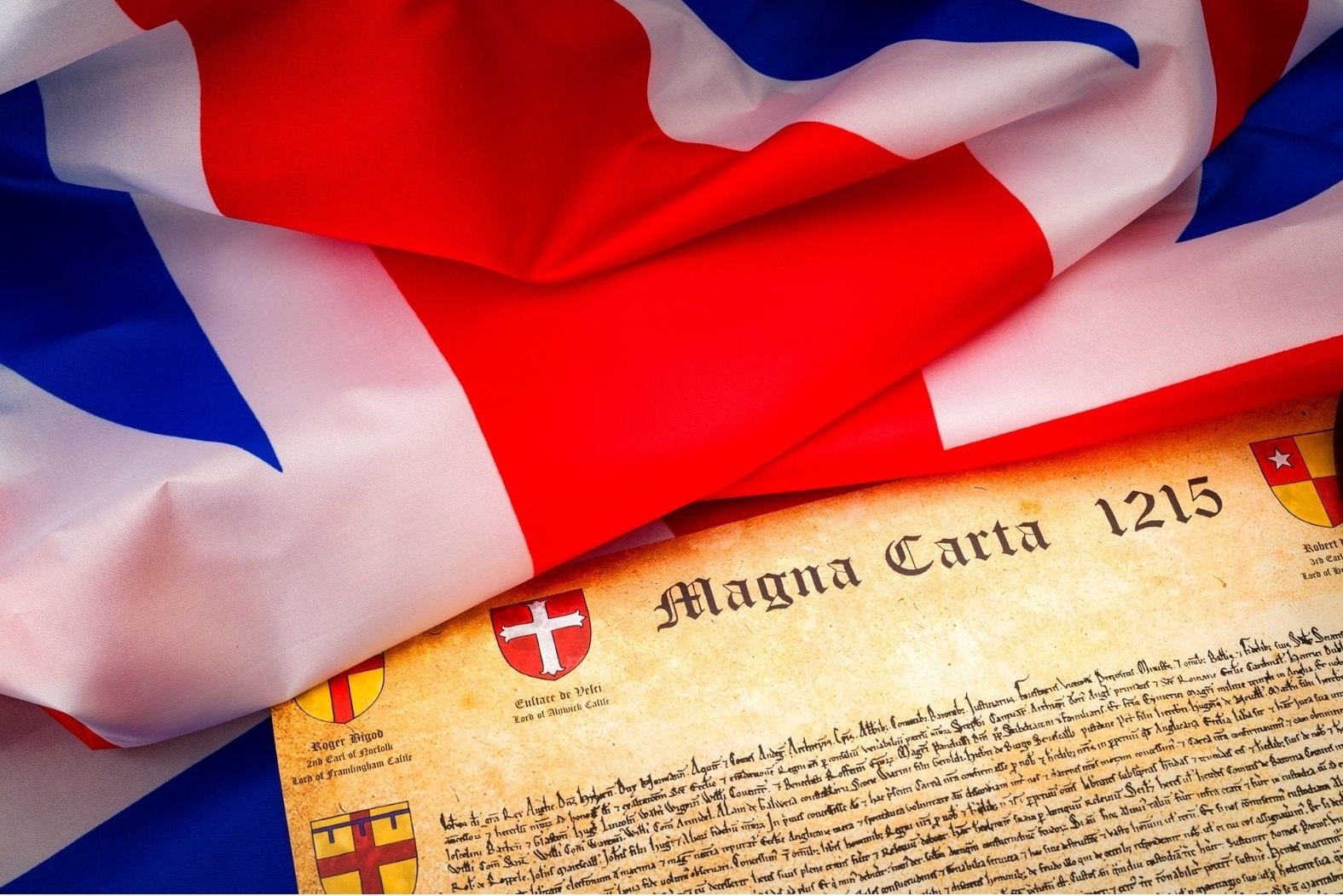