Neighbourhood Services at Trowbridge Town Council have been out and about once again making the town a more pleasant and safe environment for both residents and visitors alike. On a recent damp Thursday morning, the team made a huge effort to tidy up the pathway between Innox Mills (the former Bowyers site) and Innox Road, including that part which passes under the railway line. Ably assisted by Lambrok Ward Town Councillor Diana King, five large refuse bags were filled with an assortment of refuse, mostly consisting of discarded bottles and cans. The result was a clear and hazard-free walkway, which is often used by those wishing to walk from the Innox and Broadmead areas into the town centre. It also gives walkers access to the footpath which runs parallel to the railway line, eventually connecting with the Kennet & Avon canal towpath. 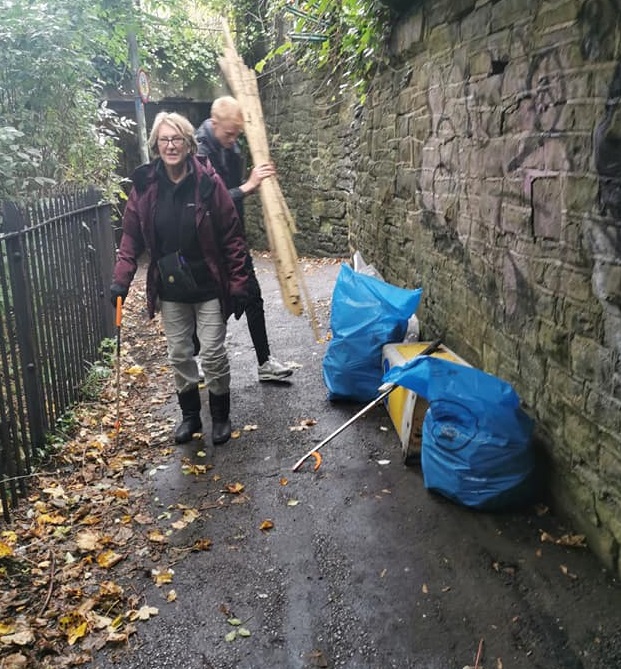