During Lockdown, The Town Remembers . . .

On a Remembrance Sunday like no other before, a much reduced number of people attended the town’s commemorations at Trowbridge War Memorial, yet with thousands more watching online as the town paid its annual tribute to those who gave their lives during conflicts of the 20th century.

This year’s commemorations began with a service at St James’ Church, conducted by the Revd. Dr. Rob Thomas, which was streamed on the internet, as no congregation was allowed inside the building due to social distancing regulations.

As is tradition, the service then moved to Trowbridge Town Park where dignitaries laid their wreaths at the town’s War Memorial. This outside service was led once again by the Revd. Thomas. At 11am, Mr Martin Hollis sounded The Last Post. This was followed by the traditional two minutes’ silence, which was only broken by the poignant sound of a bird singing in a nearby tree, before Mr Hollis sounded Reveille and Mr Roy Zaman, the chairman of the Royal British Legion’s Trowbridge branch, recited the Kohima Epitah.

“When you go home, tell them of us and say ‘For their tomorrow, we gave our today’”.

Wreaths were also laid by the RGBW, the White Ensign Association, the Royal Engineers, the South Atlantic Association, the Wiltshire Regiment, the Merchant Navy, amongst other organisations.

After the main ceremonies, members of the public were able to pay their individual respects and add wreaths and crosses to the War Memorial in remembrance of their own personal heroes, comrades and friends.

A spokesperson for Trowbridge Town Council, who organised the event with the Royal British Legion, said “We would like to thank all those who attended the commemorations who were constantly aware of social distancing requirements, and also for complying with our Test and Trace operation, which helped to make the event safe.” 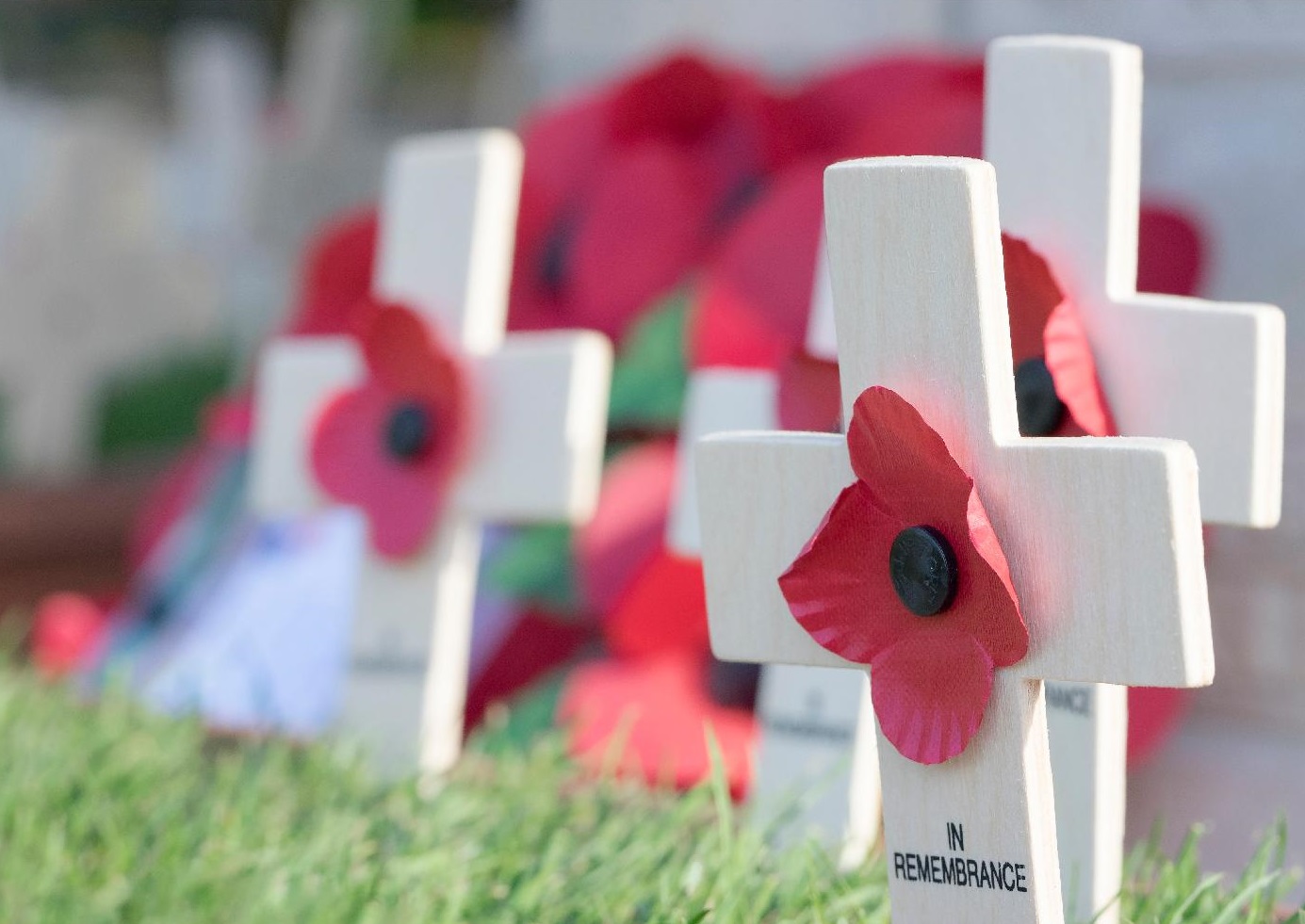