A Trowbridge-based company has certainly shown its charitable side in the lead-up to Christmas. Insit Moulded Packaging (IMP) have been based in the town for over 40 years. This year they recognised that, due to the current situation both nationally and locally, they wanted to reach out to the community more than ever. After looking at a few local charities, they heard about the Trowbridge Lions Club Annual Christmas Appeal, and how much they were struggling with fundraising this year due to Covid-19 – the organisation would normally parade its Santa Claus float around the town, but this year was not considered possible. After some discussion, IMP took it upon themselves to kick start their Children’s Christmas Meal Appeal and got to work straight away creating a marketing campaign online. Then came the mammoth job of ringing all of their clients, local businesses, schools and shops to persuade them to get involved and donate. The response received was massive, with the community really pulling together to help collect food items that were subsequently assembled into hampers boxes at the IMP office.

Neil Parrish, Director at IMP, visited Tesco and Staverton School who made huge donations and later met representatives of Trowbridge Lions at the IMP offices, in Aintree Avenue. The Lions were delighted to learn how much their donations would help local children in the community this Christmas. What was more, the head teacher of Staverton School said that this was the biggest donation of items they had ever seen at the school, and that even families who struggle themselves brought in donations to help other local children. All at IMP and the Lions realised how much the community pulled together this year and would like to offer their thanks to every single person who donated. All hampers are now packed and will be delivered by the Lions two weeks before Christmas. 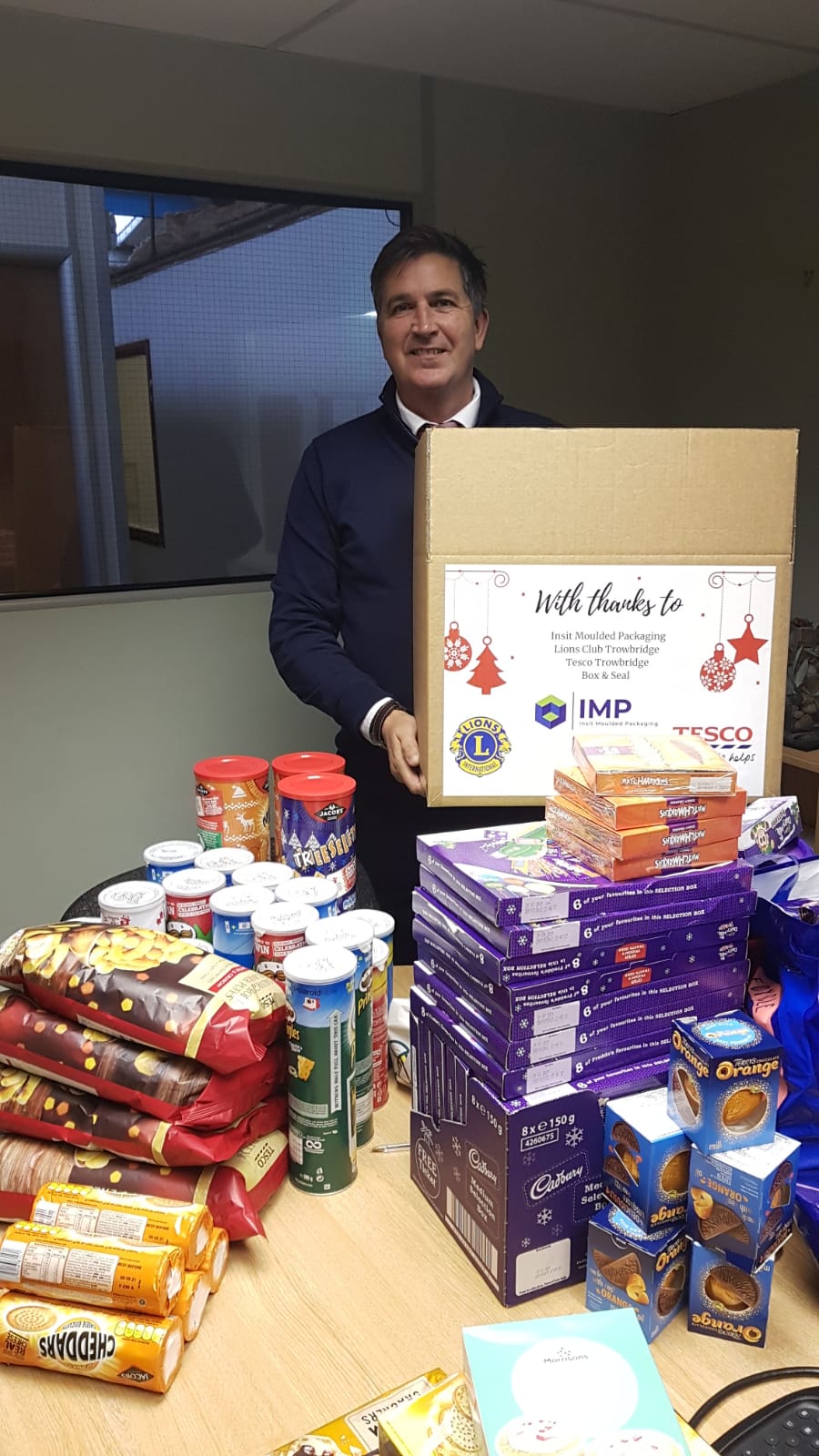