Motorists Urged To Watch Their Speed

Trowbridge Town Council has recently installed a Speed Indicator Device (or SID) on Cockhill in Trowbridge, in the hope that it will help to prevent drivers from speeding along the road, incidences of which have made some residents’ lives a misery.

The device will run in tandem with the recently-formed Cockhill Community Speed Watch Group, which has been set-up by residents in response to the issues of speeding.

While the stretch of road from the direction of Bradford-on-Avon reduces from 50 miles per hour to 40mph and eventually 30mph when drivers reach Cockhill, local Town Councillor and nearby resident Diana King said drivers have been known to still speed excessively going in the opposite direction from the roundabout at Brook Road.

Councillor King said “They come fairly fast down the hill but it really is in the other direction from the town that is the problem. They come from the little roundabout and then put their toe down and are soon doing 60 or 70 miles per hour.”

As a result, residents have had damaged cars where lorries have clipped off wing mirrors or bashed into them, causing damage.

The SID will be situated on Cockhill until the middle of January, only being used to provide data (as will the Speed Watch group) concerning drivers who break the limit.

Councillor King continued “We are not looking to prosecute people, we are trying to educate them so they will not speed. Prosecution is expensive and time-consuming. We simply want people to reduce their speed.”

And whilst this particular SID will be moved to a different part of Trowbridge after its use at Cockhill, Councillor King has already had discussions about the prospect of installing them in the location for good and across the whole town.

She added “I spoke with the Leader of the Town Council and we agreed that we should get more of them and have them on the main roads in and out of Trowbridge.”

Cllr King also stated that, once the SID is moved away from Cockhill, the Community Speed Watch Group will nonetheless still be a going concern.

She said “There are twelve of us trained up to go out and do it. We are waiting for our radar devices to arrive, and then we can get going.”

Local Trowbridge resident Paul Egan joined Town Councillor Diana King and Wiltshire Councillor Jo Trigg on Cockhill recently to undertake a Community Speedwatch, following the installation of the SID. They said “We have now started operating the Community Speed Watch operations on Cockhill from this weekend: with 12 volunteers in the group and now have all the equipment required, which complements the Speed Indicator Device already installed.

“The first speeding van turned out to have no Tax or MOT – so, we are definitely on the case.” 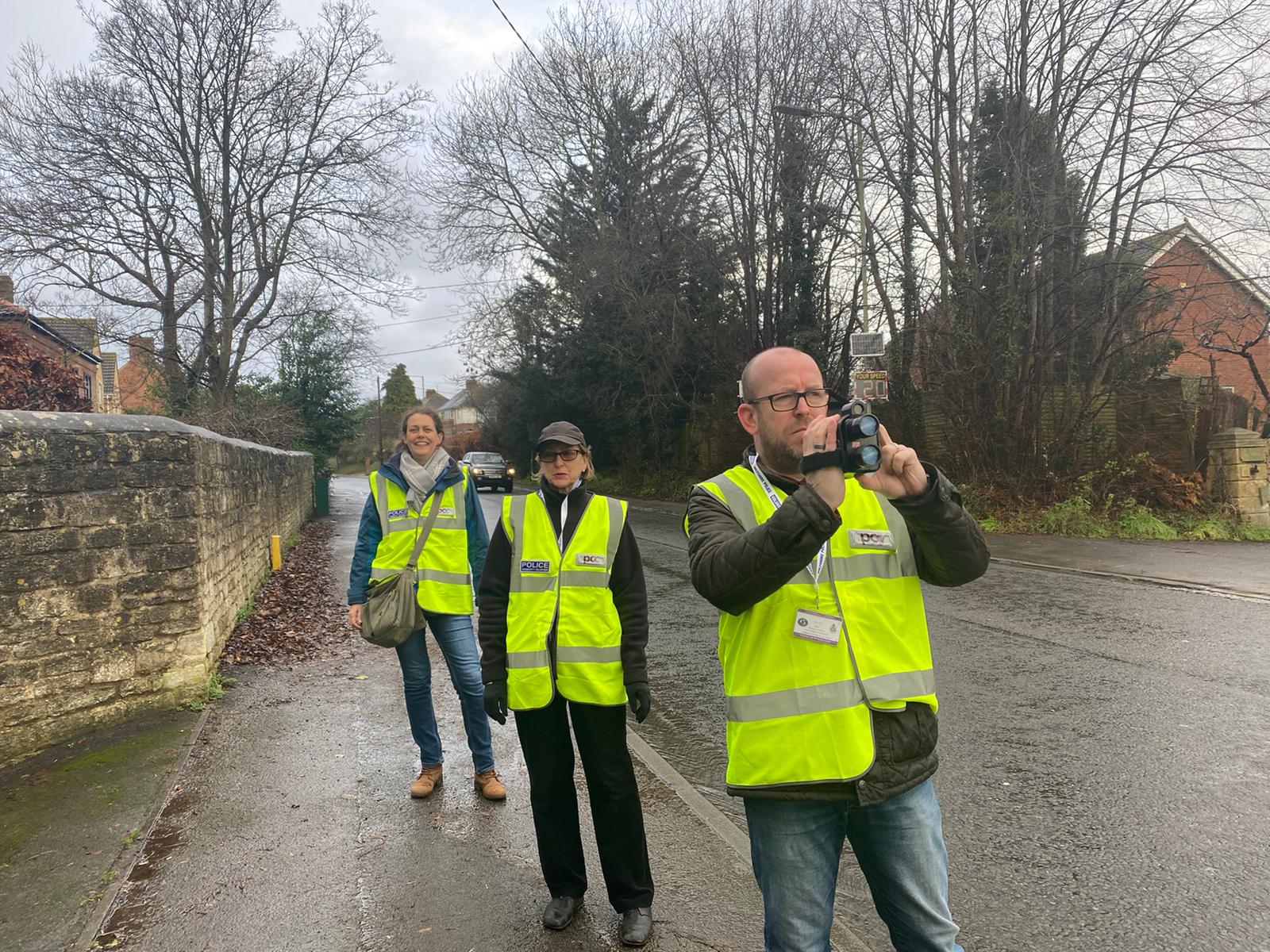