Wiltshire Pulls Together During Lockdown

A company based near Trowbridge has been at the forefront of helping youngsters with the digital aspect of their education during the Covid-19 pandemic. More than 2,000 laptops and tablets have been donated to help school children during lockdown and Wiltshire residents, businesses, community groups and volunteers are all being thanked for their help.

Now, as students are starting to return to school, the directors of Wiltshire Digital Drive (WDD) are reflecting back at what has been achieved over the past year and how they can continue their mission to bridge the digital divide across the county.

Along with the three companies that set up the Community Interest Company (CIC), Priority IT, Naturally Social and Turner and Partners, other local community groups have been giving their time to collect and deliver donated machines. The Lions Club, Rotary Club, and Wiltshire and Dorset Fire Service have all been out and about during lockdown, with BBC Radio Wiltshire backing the initiative in January 2021 and becoming a promotional partner.

Kieran Thomas, co-director of Wiltshire Digital Drive, said: “When we first had the idea back in March 2020, we never thought it would become this big. Owning an IT company, and having the technical knowledge, meant my team and I could safely wipe, refurbish and set the laptops back up ready to be used by someone else. We didn’t realise the digital divide in Wiltshire was so large and that’s where Natalie and her team used their skills to help scale the project up to where it is now.

Setting up as a not-for-profit in October 2020, meant we could seek funding to help help with the cost of refurbishments. Thanks to funding and donations from the Wiltshire Community Foundation, Mogers Drewett Solicitors and the National Lottery alongside more than £11,000 in crowd funding, new hard drives, anti-virus software and accessories could be purchased to meet the demand.”

Since January 2021 alone the CIC has received more than 2,000 donations and they are still coming in. They haven’t been just from Wiltshire households either. After being featured on BBC Breakfast, laptops were sent from Manchester, Bournemouth, Peterborough, Southampton and Wales to help the charity. Due to this generosity, 670 laptops have been refurbished, matched and delivered to schools, organisations and families since March last year, 450 of those since January 2021.

Natalie Sherman, co-director of Wiltshire Digital Drive, said: “With students heading back to school now people think this scheme will end and that laptops have to be sent back- this is not the case. Technology is an important part of the world today and schools, along with community groups and other organisations, still need this equipment to help the families they support.

“We know there will be groups of people shielding for quite some time yet and who’s lives can be enhanced by technology. For example, Alzheimers and dementia care homes have been using the machines to help show their residents family photos and talk via Zoom. Adult learners, who haven’t received support from the Government, can benefit from the laptops and there are lots of organisations helping people who could benefit from completing day to day tasks online, like applying for jobs for example. These groups are still eligible to receive a laptop and we want to help them all. Our mission is to bridge the digital divide in the county, and we won’t stop until we achieve that.”

The initiative has received corporate pledges of laptops from companies across the county including Honda, Apple, Curo Homes and Help for Heroes. Other companies with laptops to donate are invited to contact the Wiltshire Digital Drive on 01225 636005 and join the business hive, their corporate support scheme.

Other local companies have rallied around the cause by offering up their buildings as a donation station: a place for people to drop off any devices they wish to donate. Aster Housing in Devizes, Islington Motors in Trowbridge, Islington Vauxhall in Chippenham, the Hearing and Mobility Stores in Marlborough, Swindon and Wroughton, Castle Sundborn in Malmesbury, plus Wilsons Solicitors and Godolphin School in Salisbury, have all stepped forward to open their offices.

Natalie Sherman added: “We can’t really say thank you enough to all the people and companies who have got involved and helped out either by donating a laptop, money or their time. It really has been a community effort and we are so grateful.”

Schools and organisations can still apply for laptops through the website www.wiltshiredigitaldivide.co.uk where people, and companies, will also find information on how to donate. 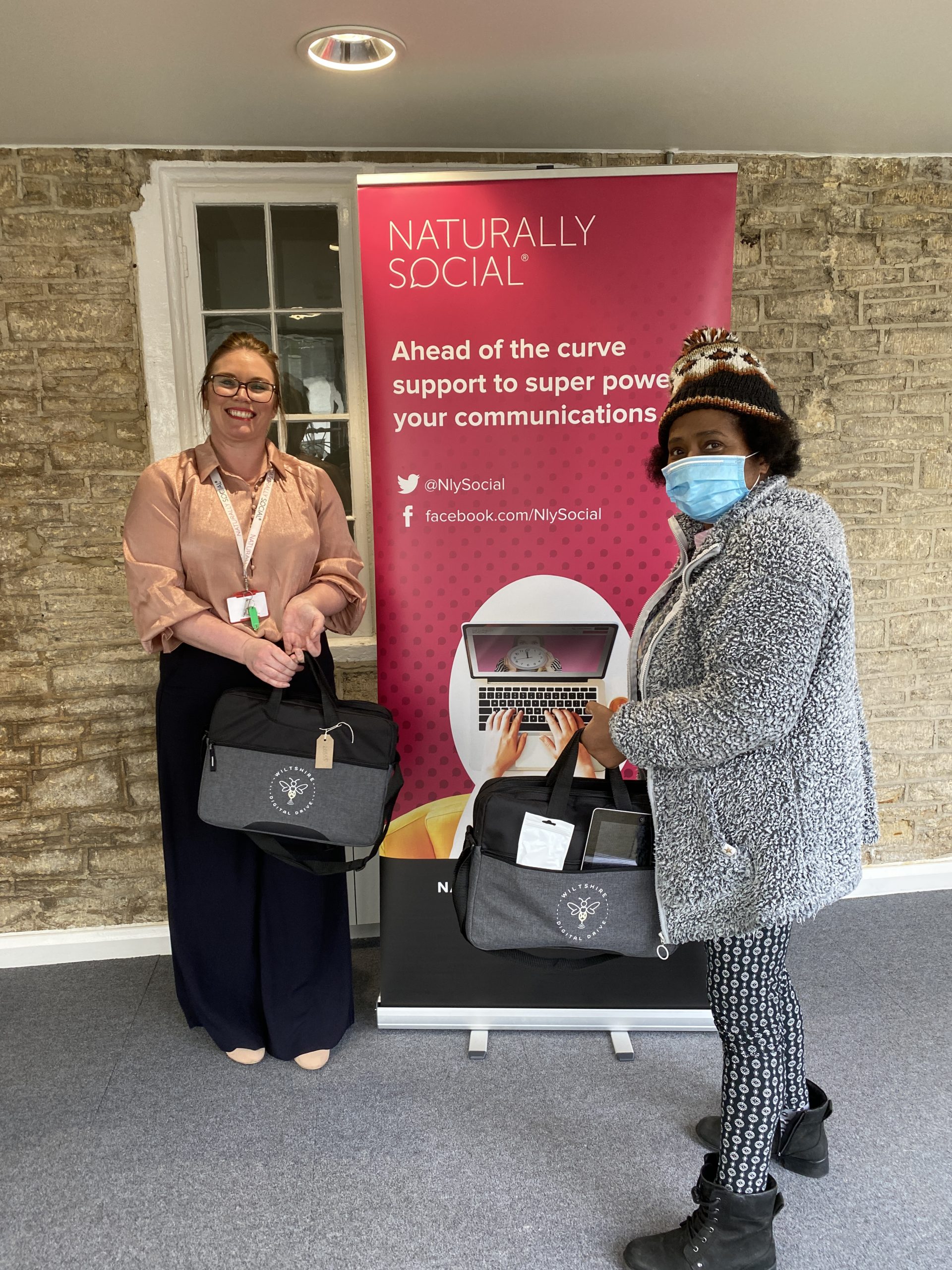