Trowbridge Fairtrade Group was formed in 2007 by a small group of volunteers to raise awareness of the principles of Fairtrade and the promotion of Fairtrade certified goods in the Town.

Fairtrade is a movement which seeks to support producers in developing countries to enable them to earn a fair day’s pay for a fair day’s work. These farmers produce so many of our favourite goods, including tea, coffee, cocoa, bananas, and more. For farmers and workers, FT means workers’ rights, safer working conditions and fairer pay. For shoppers it means higher quality, ethically-sourced products.

The group has had the full support of the Town Council since its inception and has been privileged each year to have the town’s Mayor serve as our honorary President: it was pleased to welcome the current Mayor, Cllr. Denise Bates, to their AGM on June 7th, and looks forward to working with her, and the Town Council, to promote Fairtrade in the coming year.

Since 2009 the group has sought to raise awareness by promoting FT goods in the town and surrounding areas with stalls at outdoor events, such as the May Fayre and the September Carnival Country Fayre held in the Town Park, and coffee mornings in local churches. The group has also arranged talks in local primary schools where the FT message of justice and fairness resonates strongly and has welcomed FT producers to the town during Fairtrade Fortnight – for example, in March 2018 we were able to host Patrick Kaberia Muthaura, a tea producer from Kenya, to speak in Trowbridge about the positive impact Fairtrade has on farmers such as himself.

In March 2019 the Group celebrated 10 years of FT Town status, with various events in the town and a presentation at a Full Town Council meeting. Twelve months later – just before the first lockdown – the Group marked Fairtrade Fortnight with an event at Wesley Road Church attended by Dr Andrew Murrison MP.

During lockdown, like countless other organisations, group events had to take place online. Members of the group participated in Zoom calls with other Fairtrade groups in the South West, including calls with a banana farmer in St Vincent. Following the eruption of the La Soufriere volcano on the island in April 2021, we have supported the farmer, Veronica Browne, by sending a collective donation from the South West groups.

Now that lockdown restrictions have eased, the group is once again planning to set up stalls at outdoor events where possible. The next planned event is the Trowbridge Apple Day, to be held on Saturday October 2nd.

For more information about the Trowbridge Group, please contact Linda Gowen, Group Secretary, on 01225 762097 or by email on go******@ho*****.uk. Additionally, there is a wealth of information about Fairtrade to be found on the Fairtrade Foundation website www.fairtrade.org.uk.

Buying Fairtrade is easy. There are over 6000 FT products from coffee to tea to flowers to gold . . . so when you shop, look for the Fairtrade Mark. 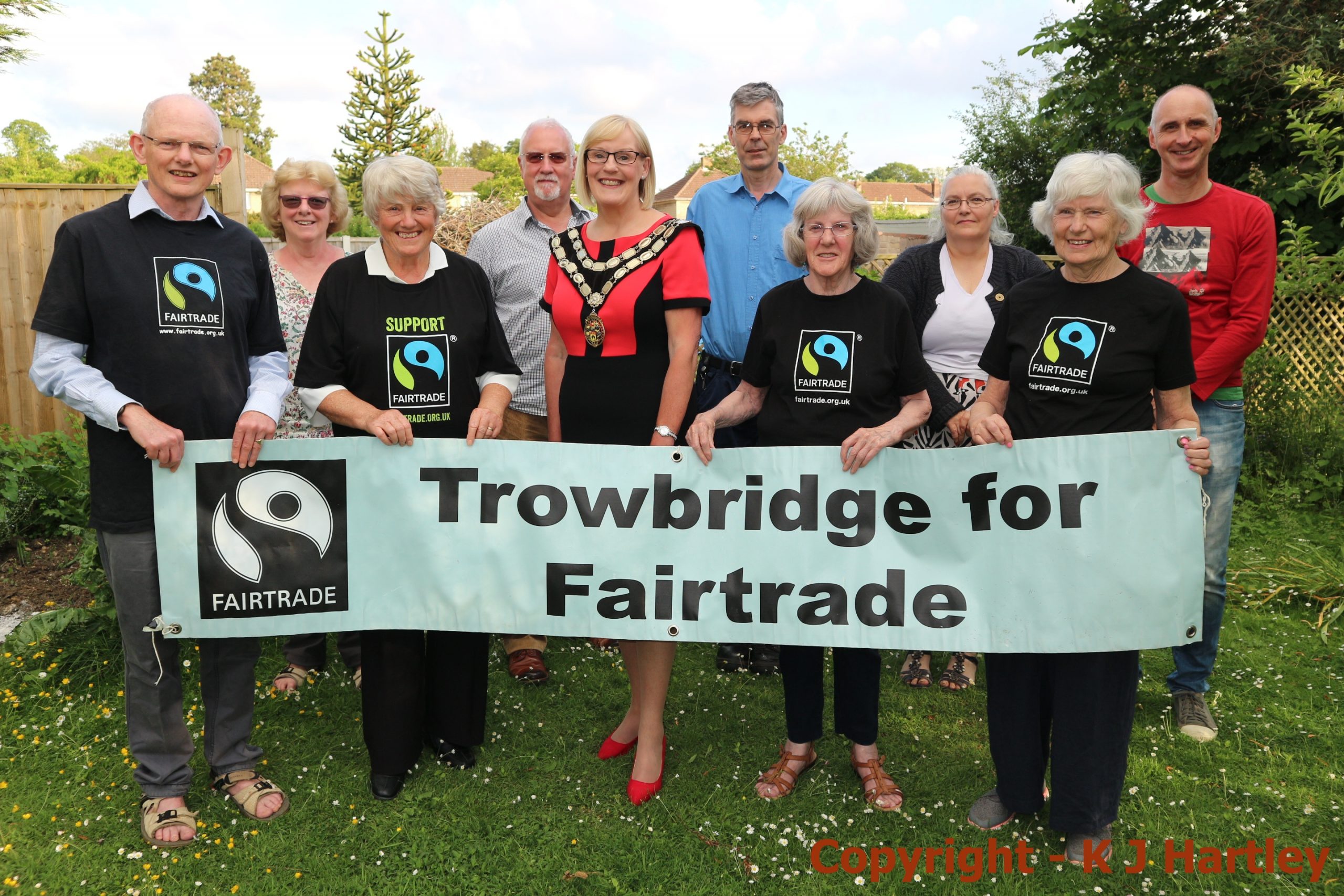