Trowbridge Cemetery War Graves To Be Marked In Acts Of Remembrance

This year The Friends of the Down Cemetery (The Friends) have joined with Trowbridge Royal British Legion (RBL) in a joint ceremony at the cemetery to remember those that have fallen in conflict. On Wednesday 3rd November, The Friends will be joined by Capt. (Rtd) Roy Zaman MBE and Air Vice Marshall (Rtd) Martin Clark on behalf of the RBL, together with other RBL members, to place poppy crosses on the war graves of those buried at the cemetery. The main ceremony will take place between 10am and 12pm on Wednesday 3rd November, with an additional event on Saturday 6th November, once again between 10am and 12pm.

Over recent years The Friends of the Down Cemetery, a group of community volunteers, have tended the old section of the Trowbridge cemetery. During this period a large number of graves have been uncovered that mark those who fell in conflict, but whose graves are not marked by the distinctive white headstones that are laid by The Commonwealth War Graves Commission. Research has also discovered a number of memorials of military personnel who are not buried at the cemetery, but whose passing is remembered on the headstones of family members.

Robert Wall, Chair of the Friends of the Down Cemetery said “The event will help us to ensure that the sacrifices these people gave are remembered, and it will be especially poignant this year to be able to mark those graves which have been recently rediscovered and to honour their roles in conflict.”

Amongst the graves that will be marked is that of First World War soldier William John Cockerton, who was injured and reported missing in 1917 and subsequently held as a prisoner of war. After having been recorded as missing his family were subsequently informed he had died and his name was added to the Roll of Honour that can be found in the entrance to Trowbridge Town Hall. He returned home in January 1919, having taken two years to return home, and was able to read his own obituary. He died of malaria later in 1919, aged 25. Although he did not die in conflict his grave is one of the many that will be marked on the 6th of November in remembrance of the role he played in war service in India, Mesopotamia (present-day Iraq, and parts of Iran, Kuwait, and Syria) and Turkey.

This year The Friends and RBL will be laying the poppy crosses on over 100 graves, including the Commonwealth War Graves.

During the event soldier silhouettes from the There But Not There initiative will also be displayed.

This year Remembrance Sunday falls on 14th November, a day to commemorate and honour the contribution military and civilian service men and women in the two World Wars and later conflicts to defend our democratic freedoms and way of life.

If you wish to find out more about The Friends of the Down Cemetery, please visit their website www.fotdc.org. 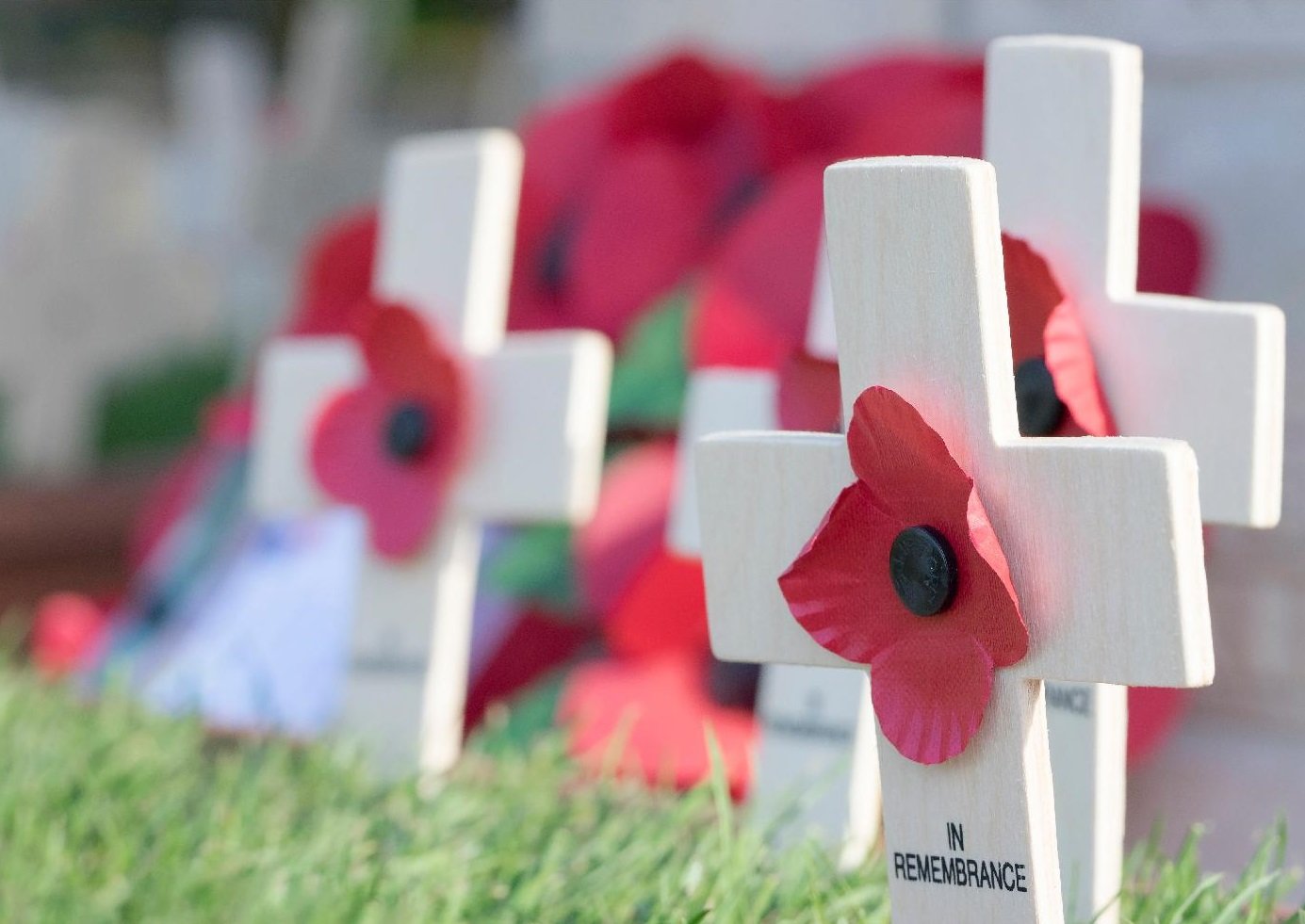