On November 14th, Remembrance Sunday was marked with a large gathering of dignitaries, church organisations, representatives of the Armed Forces and townspeople attending the town’s commemorations at Trowbridge War Memorial, as the Mayor of Trowbridge, Councillor Denise Bates, led the town in to its annual tribute to those who gave their lives as a result of conflicts over the past two centuries.

This year’s proceedings began with a service at St James’ Church, conducted by The Bishop of Ramsbury, The Right Revd. Dr. Andrew Rumsey, with a still limited congregation being allowed inside the building due to ongoing social distancing regulations. The service was however also streamed online.

The service then moved to Trowbridge Town Park where dignitaries laid their wreaths at the town’s War Memorial, the service once again being led by the Bishop. At 11am, The Last Post was sounded. This was followed by the traditional two minutes’ silence, before Reveille and the recitation of The Kohima Epitaph.

Wreaths were also laid by representatives of the Armed Forces, Armed Forces Associations, the Emergency Services and various church and community groups from the Trowbridge area.

After the service, Councillor Bates said “The ceremony went exceptionally well and was a very fitting service.  My sincere thanks go to Royal British Legion for organising this event, with support from Officers at the Town Council.  It was a privilege for me to speak to the veterans and I was particularly pleased to see so many of our townsfolk attend to pay their respects at this ceremony of remembrance.”

The parade was cancelled again this year, due to the decision being made by the RBL. This was due to COVID-19 concerns and the rising cases in Wiltshire. 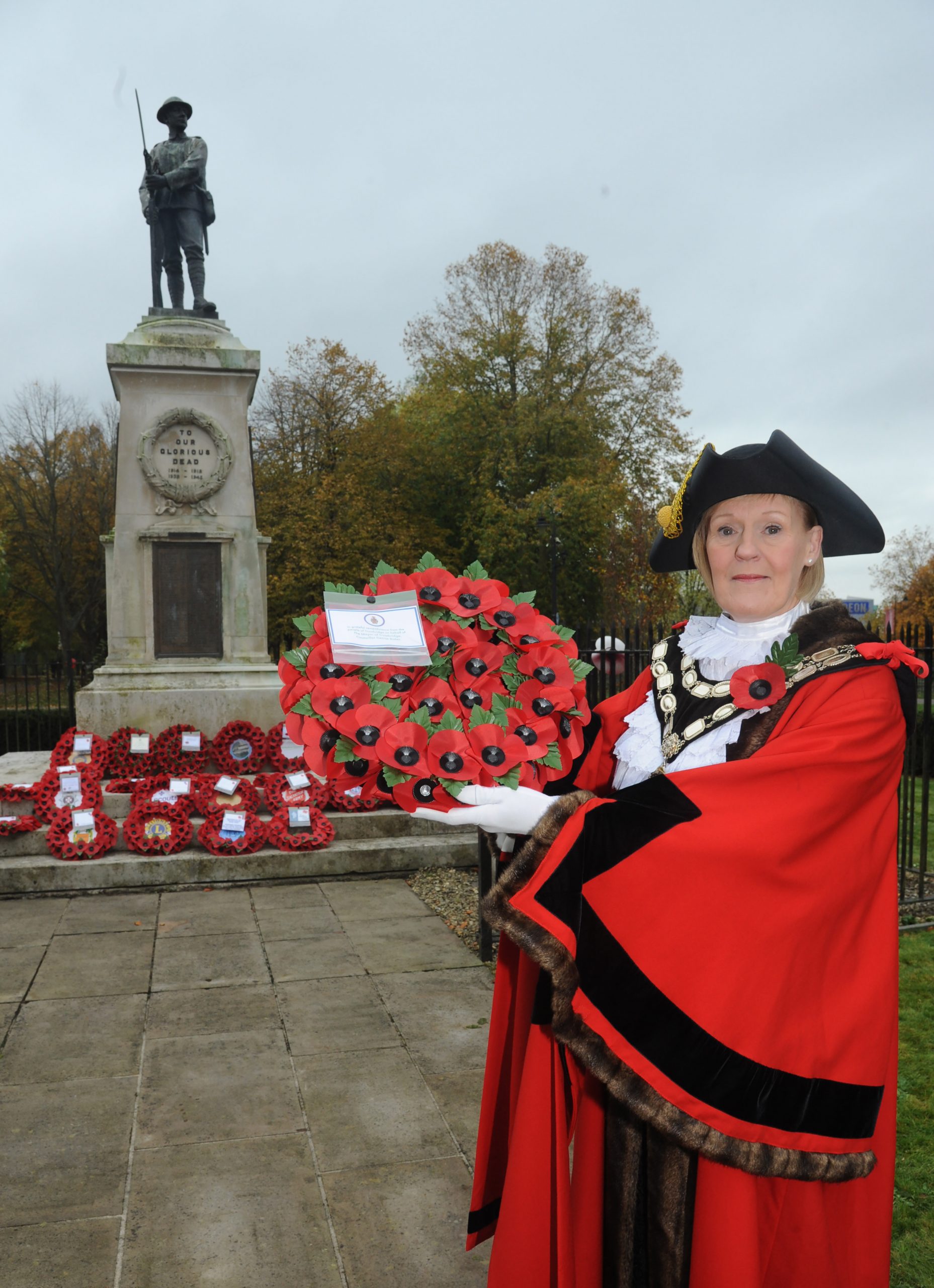