Trowbridge Civic Gearing Up For A Busy February

With a busy festive season at Trowbridge Civic now seeming like a distant memory, the team have had a bit of a rest – and are now looking forward to what’s coming up in February . . .

Valentine’s Club Night
Now that we’re into the new year, what better way to start up our party club nights than celebrating Valentine’s at the Civic on Saturday February 12th! DJ Riky Grover will be on hand to spin you classic tunes from the 70s & 80s for his popular Disco Revival theme. So get dressed up in all your ‘funky gear’ and come and have a great night dancing to some of the best classics from the disco era. The bar will be open for all your favourites and some specials thrown in for the night! Book tickets here.

Gemma’s Pirate Party
Tickets are selling fast for Gemma’s Pirate Party on the 19th February. Gemma Hunt returns to The Civic again to entertain the children with her Pirate Party.  Always a sell-out event and a perfect way to keep the kids entertained on a Saturday morning in half term.  Gemma will be on stage to have fun and play games and sing songs for a 1 hour show.  So don’t miss out on seeing those little faces light up when they see her and get your tickets now.  For safety reasons, we are limiting the tickets this year to allow more room in the hall. Book tickets here.
PLEASE NOTE – There are 2 shows. 11am to 12pm and 1pm to 2pm. Tickets are for 1 show.

Also, Phil McIntyre Live Ltd are delighted to announce that Milton Jones – star of Mock The Week (BBC Two), BBC Radio 4 and Live at the Apollo (BBC One), household favourite, king of the one-liner and one of the UK’s biggest selling comedians, is returning to The Civic, Trowbridge. His Milton:Impossible show can finally be announced after being postponed in 2020 due to Covid-19, and he’ll be appearing at the venue on Thursday February 24th. Book tickets here. 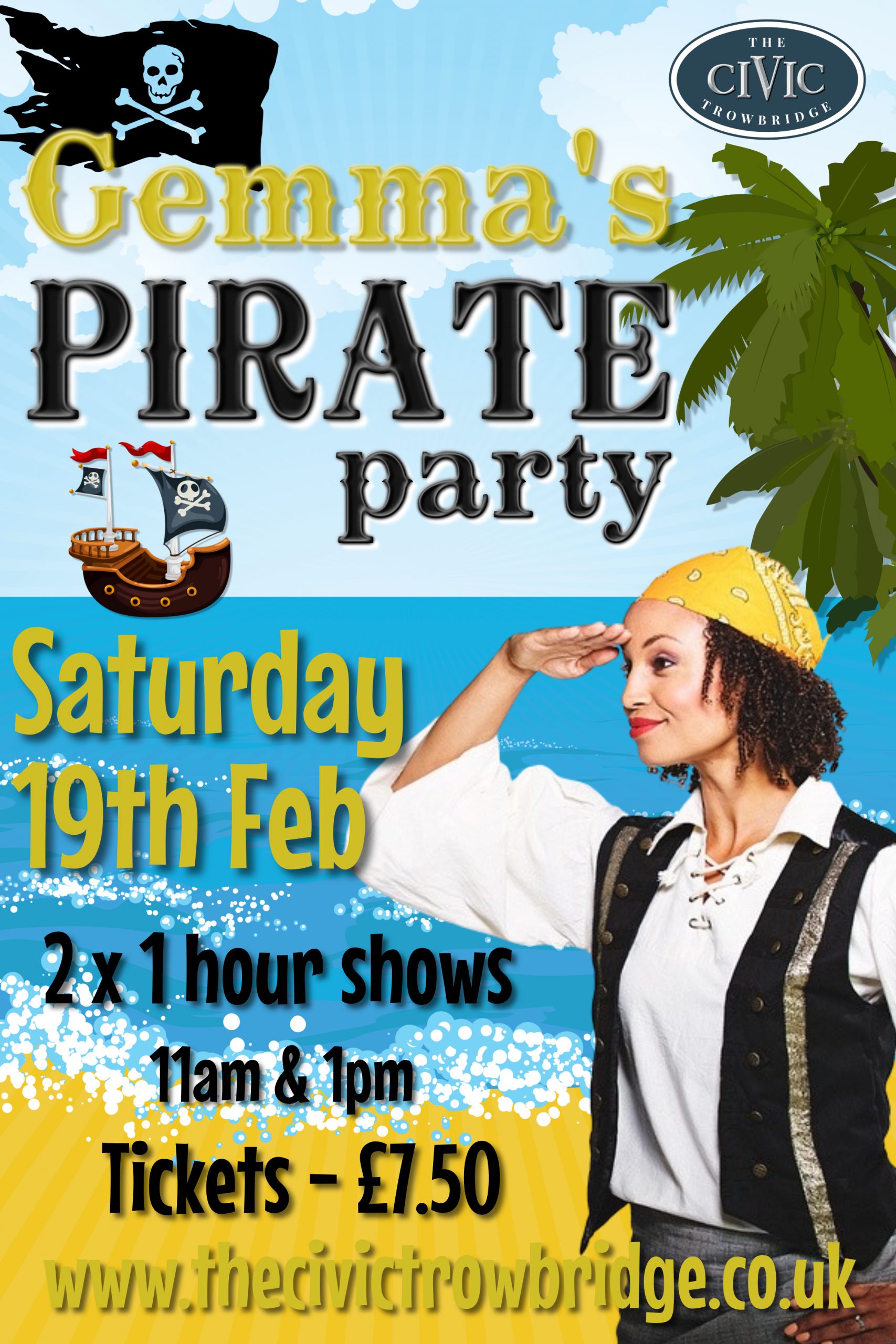