During Trowbridge Town Council’s Dinner and Dance on Saturday 5th March 2022, organisations and individuals were celebrated for their ongoing dedication and commitment to the town.

Trowbridge has benefited from significant growth and renovation over the previous decade. The former Margaret Stancomb school site being one of them.

This local landmark was instrumental in community development and was always a site that would require sympathetic enhancement. By retaining and sensitively restoring the original school building an important part of our local heritage has been given a new lease of life, providing much needed high quality, affordable town centre homes. 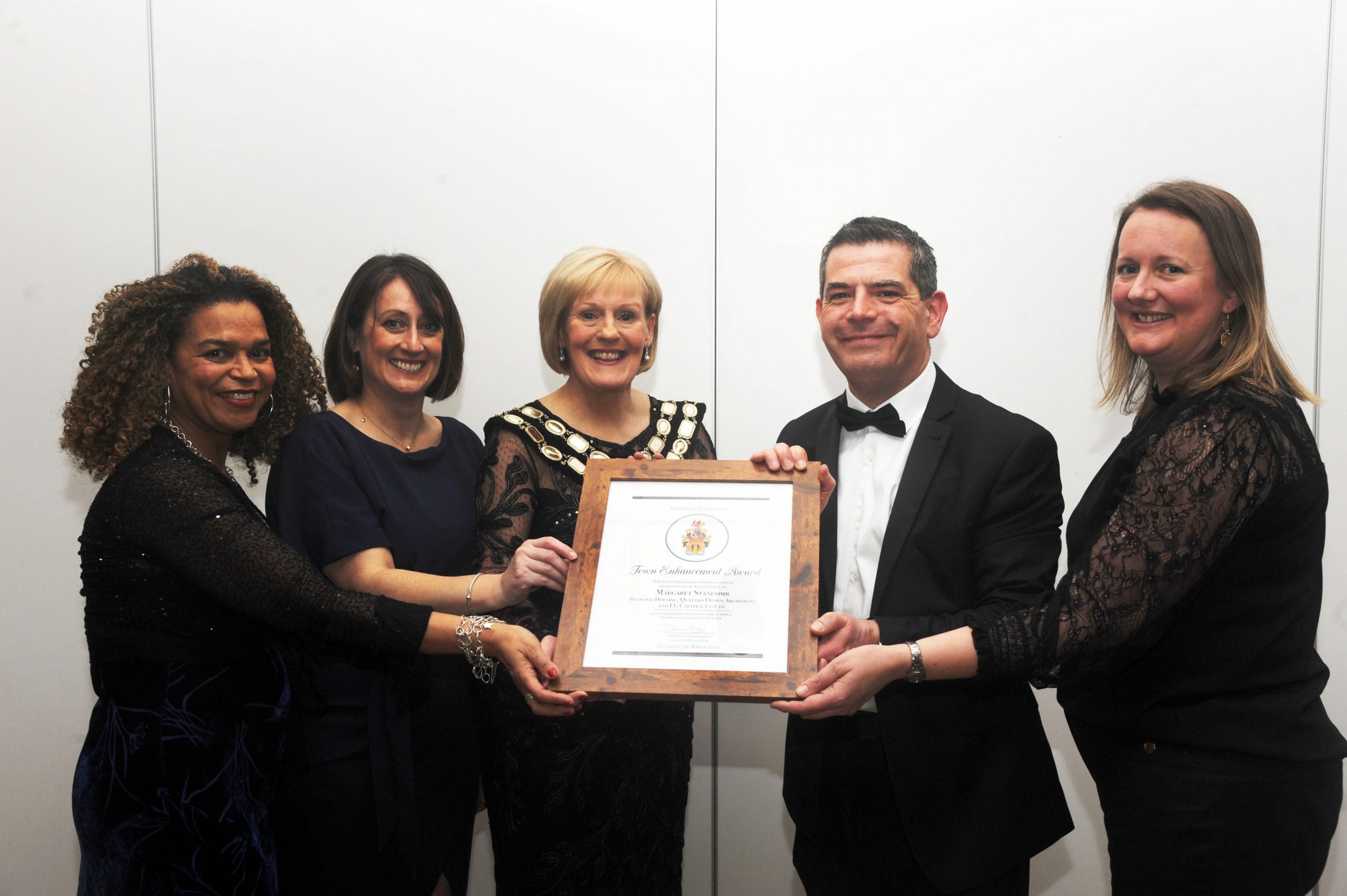 Without doubt, Trowbridge has a substantial record of selfless community involvement, with individuals giving of their time and resources to improve the wellbeing of its residents. As such, it was difficult to choose a single recipient of this year’s Civic Award, and it was decided that the Civic Award should be presented to two worthy recipients.

The first award was presented to Peta Knott for the Weavers Market. Peta has been a driving force behind the new and diverse market within our town centre. As a founder member, she has tirelessly given her time, working long hours to undertake a variety of practical and administrative roles. This has resulted in a thriving market of over 70 stalls, which has also greatly increased footfall in our town centre. 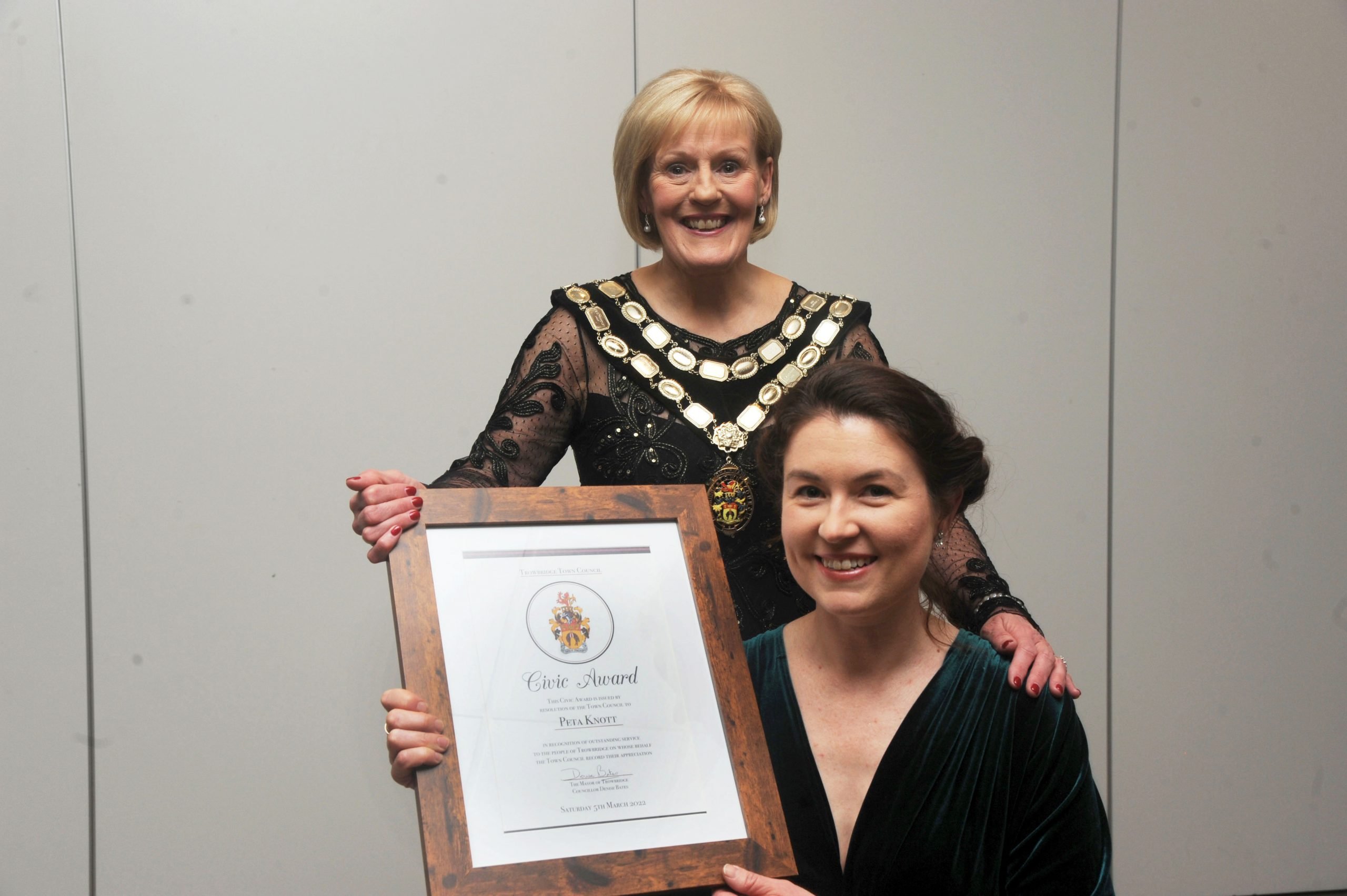 The second Civic Award was presented to Kieran Thomas for The Wiltshire Digital Drive.  Kieran has been instrumental in establishing a Community Interest Company during the pandemic, recycling and refurbishing donated laptops to gift back to the community. This has proved vital during a period in which many young people have been required to undertake lessons at home. Over 1,000 laptops have been donated, with 1 in 5 schools in Wiltshire, and a number of other community and support organisations benefiting from enhanced access to technology. 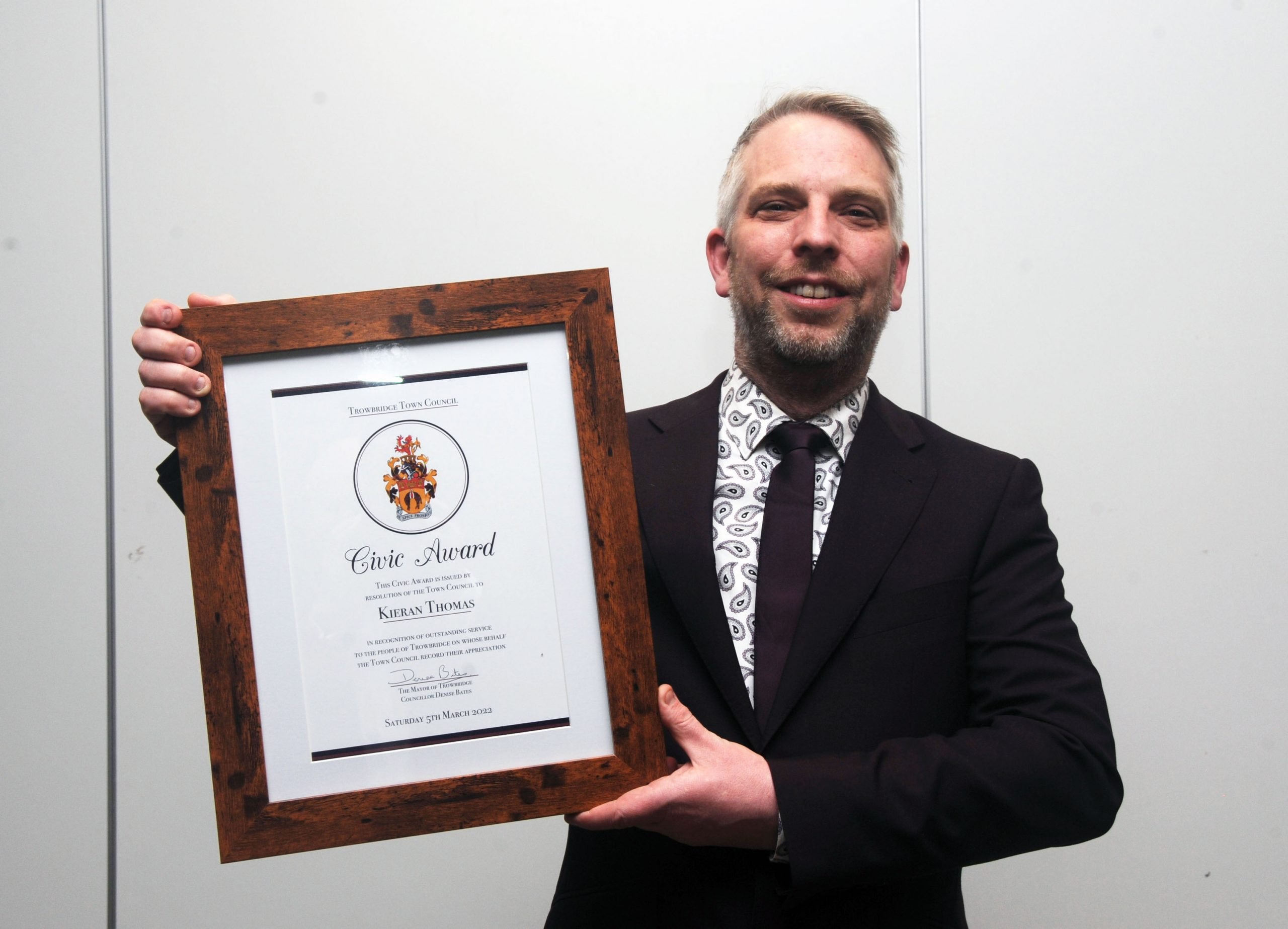 Freedom of the Town

The second Freedom of the Town award was awarded to Bob Brice.  Born and bred in Trowbridge, Bob served continuously from 1991 to 2021. He was Trowbridge’s first Mayor in 1995 and Leader of the town council from 2007 to 2017. He was also a District Councillor and served a number of years as Leader of West Wilts District Council. A keen sportsman, and former Head of PE at Clarendon School, Bob was a vocal champion of the town Council’s Active Trowbridge service. He also became actively involved with Trowbridge’s twinned towns in Germany, Poland and Morocco, making frequent visits to each over the years. Closer to home, Bob volunteered at a number of community organisations. He was the founder of West Wilts Gymnastics, one of a team that established a Luncheon Club at the Studley Green Community Centre, and was also the establisher and director of the West Wilts Credit Union. 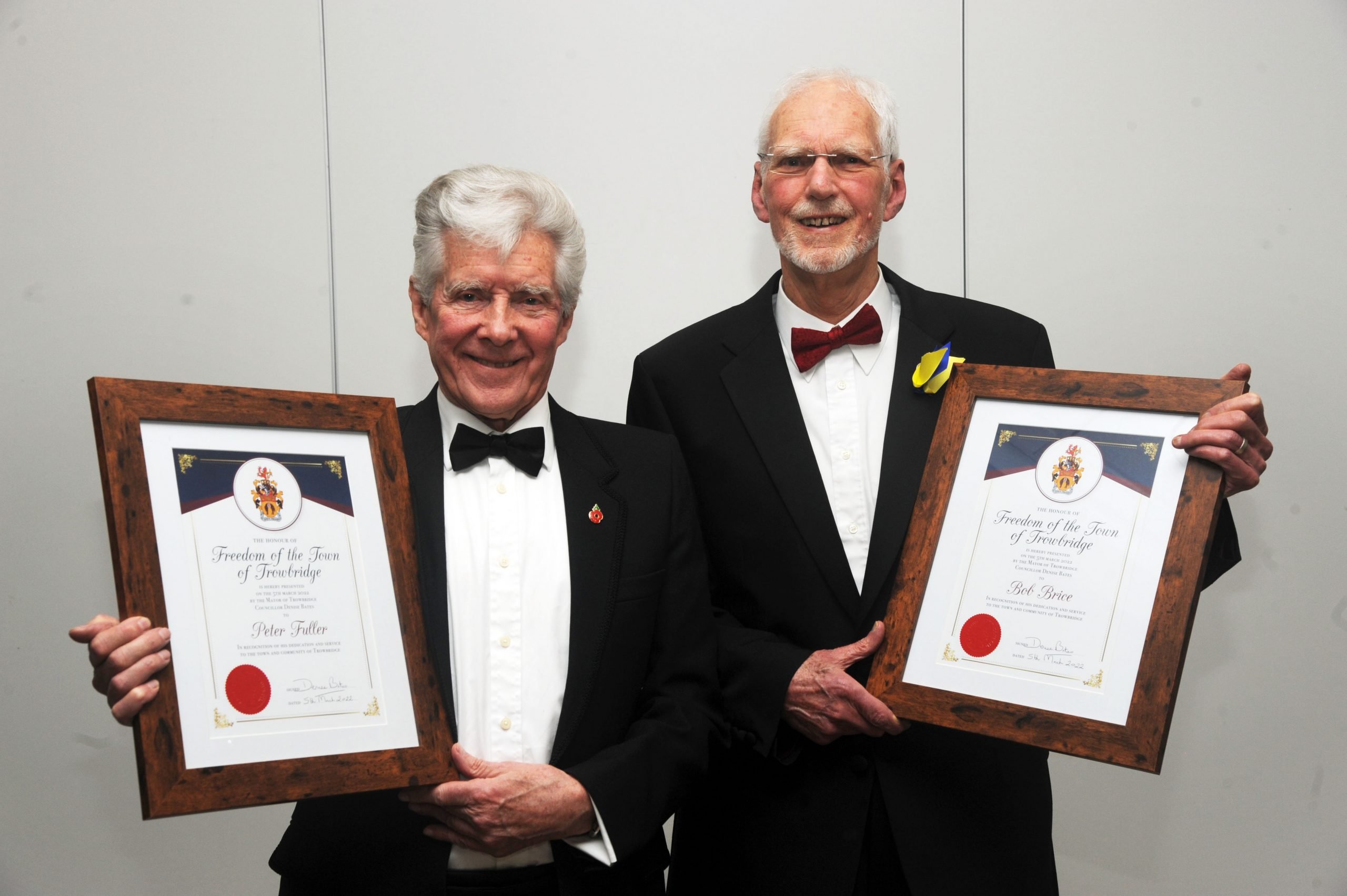 The Civic Dinner and Dance was generously sponsored by Trowbridge Ford and Allsworth Carpets and Flooring. 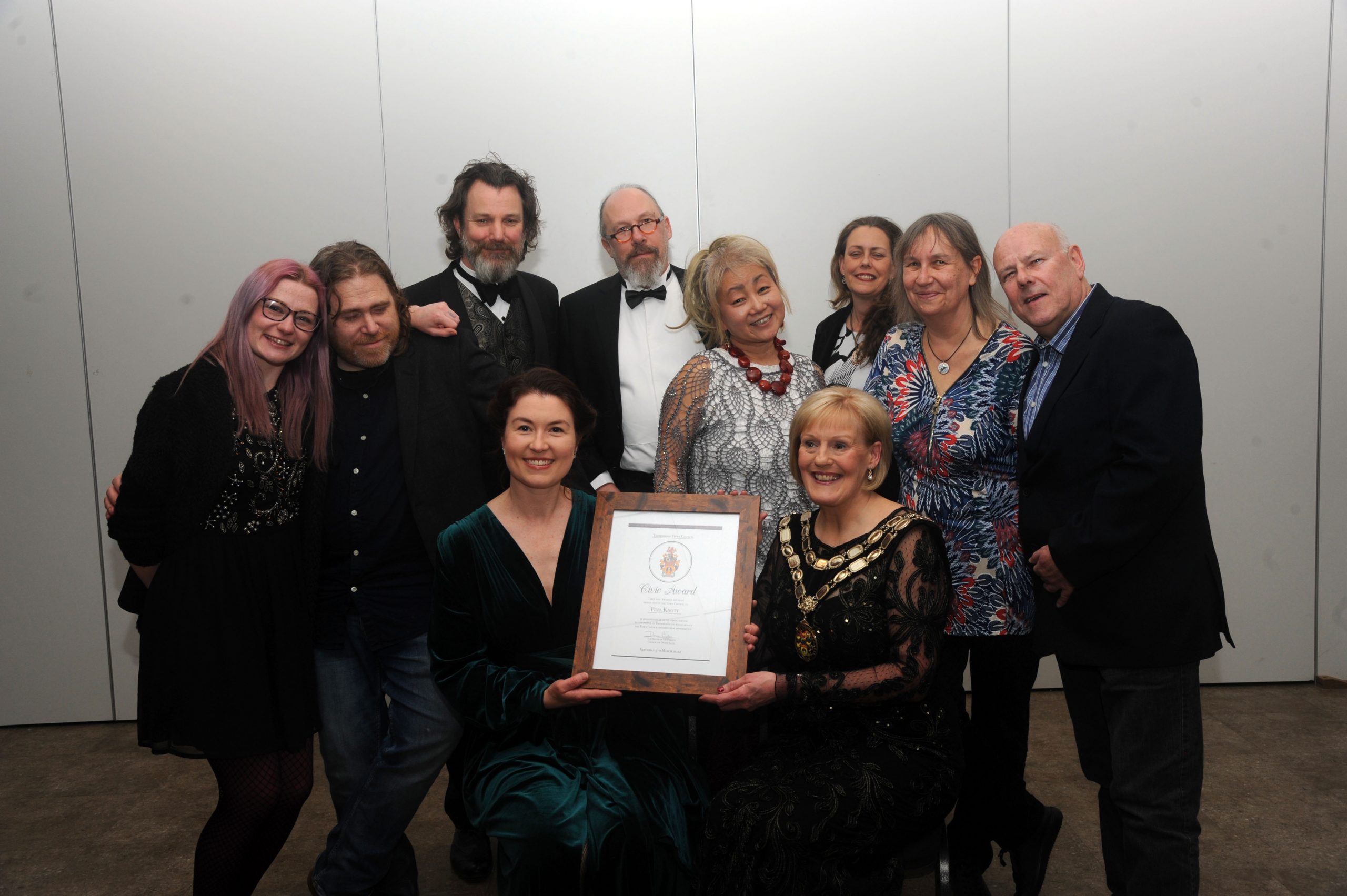