The Annual Town Gathering was held on Tuesday the 5th April at The Civic, Trowbridge. The Gathering is a chance to look back on what the Town Council has achieved over the past 12 months and what lie ahead. It is also the host to our Celebrating Community Awards. The winners were celebrated as Councillor Denise Bates handed out the awards. 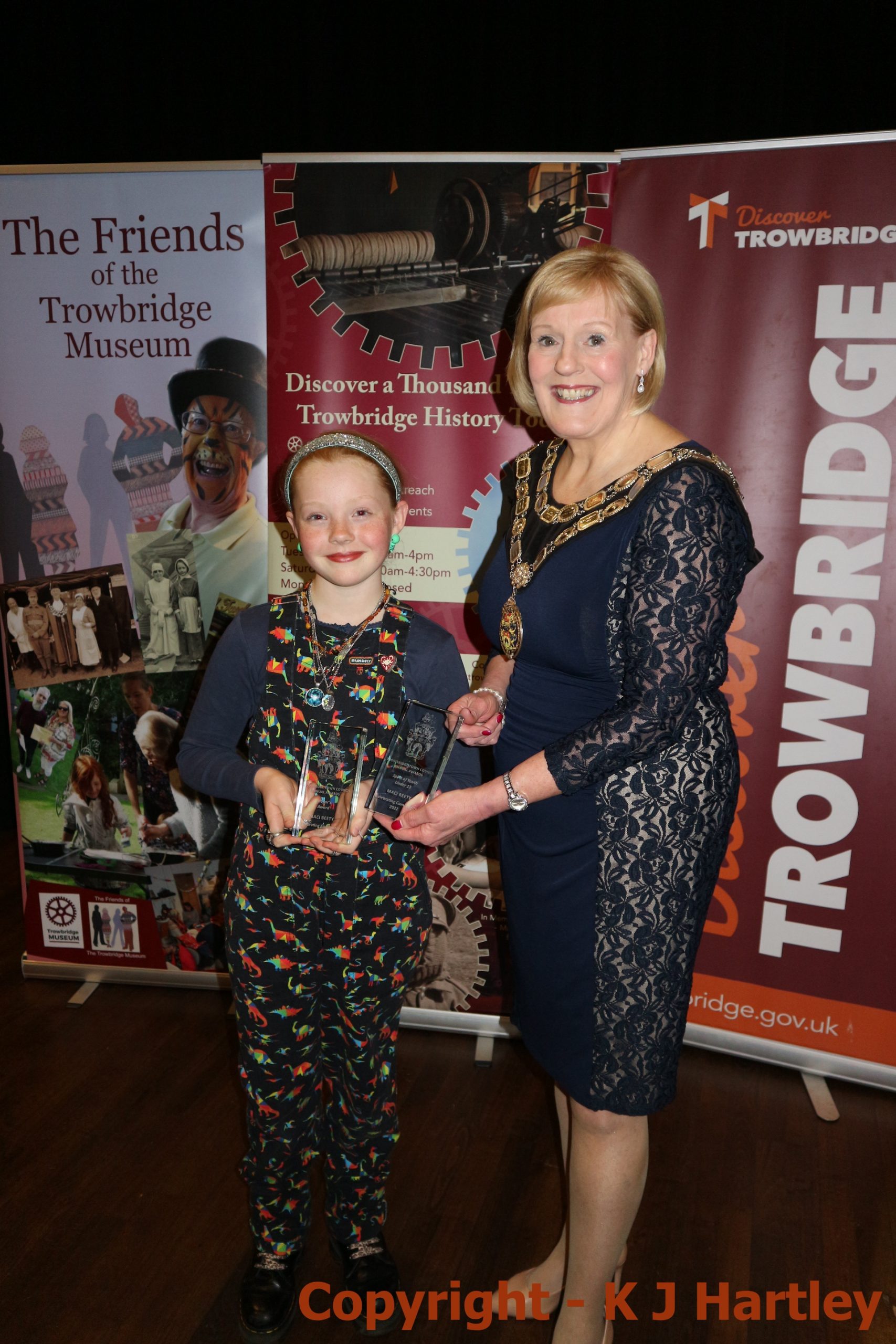 ‘Spirit Of Youth’ (Under 13s)
This award can be awarded to someone under the age of 13 and is made in recognition of someone who has been a positive role model for their peers, while at the same time providing benefit to the community in general.

The winner of the Spirit of Youth this year is Maci Beety. Macy has taken a life changing diagnosis and used it to drive awareness and help change other childrens lives. A year after being diagnosed with Type 1 diabetes, Maci learnt that not all children were offered a product called tickleFLEX which is something that helps with insulin injections and reduces bruising and pain. With injections needed 4 – 8 times throughout the day and night, a tickleflex makes living with the disease more bearable. Maci set up a Fund Me page and organised a Type 1’s day at Paxcroft School to raise funds and awareness. Her friends at Holbrook School organised the same event. In just two months Maci raised over £2500 and in January 2022, she donated over 300 tickleFLEX to the RUH – improving the lives of other children living with Type 1 diabetes.Maci has also given to talks to local groups including her Guides group, radio interviews, and has created and posted videos online for other children with diabetes to show them how to apply aglucose sensor and use the tickleFLEX . She recently got an insulin pump and is planning to raise awareness and help other children in what to do and how to approach this time, which is understandably scary. She is also planning more events to raise money for ‘DiaWipes’ for wiping fingers before taking blood to check blood sugar levels. 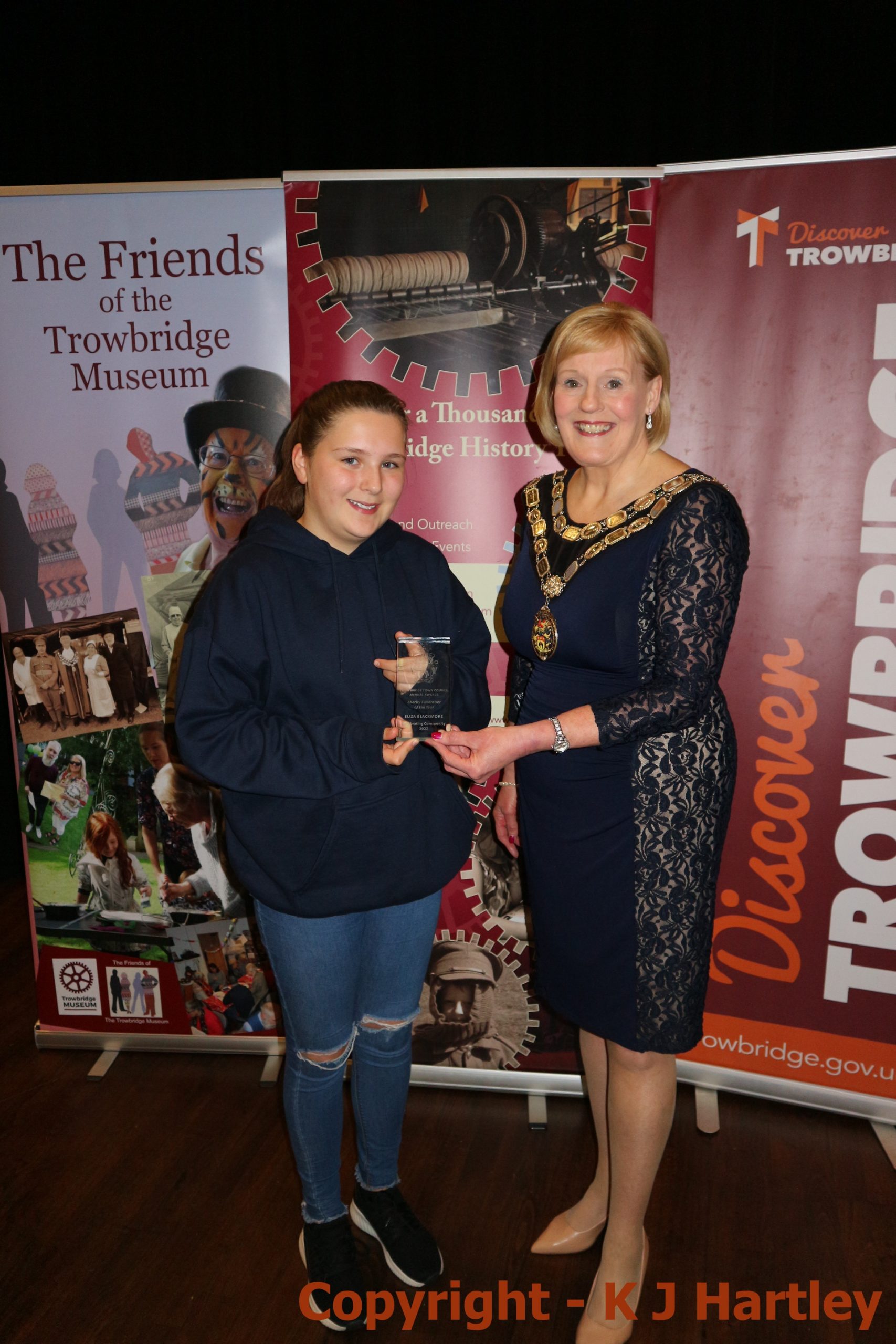 ‘Charity Fundraiser of The Year’
This award isn’t necessarily in light of how much money has been raised, but acknowledges how innovation and different techniques have been used in fund-raising efforts.

The Charity Fundraiser winner this year is Eliza Blackmore. Eliza is not new to winning awares here at Trowbridge Town Council. Described as a ‘selfless individual’ who spends her time designing and making gifts to raise money for various charities; she is an inspiration. In 2022 Eliza raised over £650 for ‘Jamie’s Farm’ in Box which is a charity which helps disadvantaged young people to thrive. At Christmas she donated some of her Christmas items to a local family who didn’t have any decorations and recently she has raised £305 for the Red Cross Ukraine Emergency Appeal by making sunflower keyrings. She is currently organising a quiz night with support of local businesses with all monies raised being donated to ‘Jamie’s Farm’. 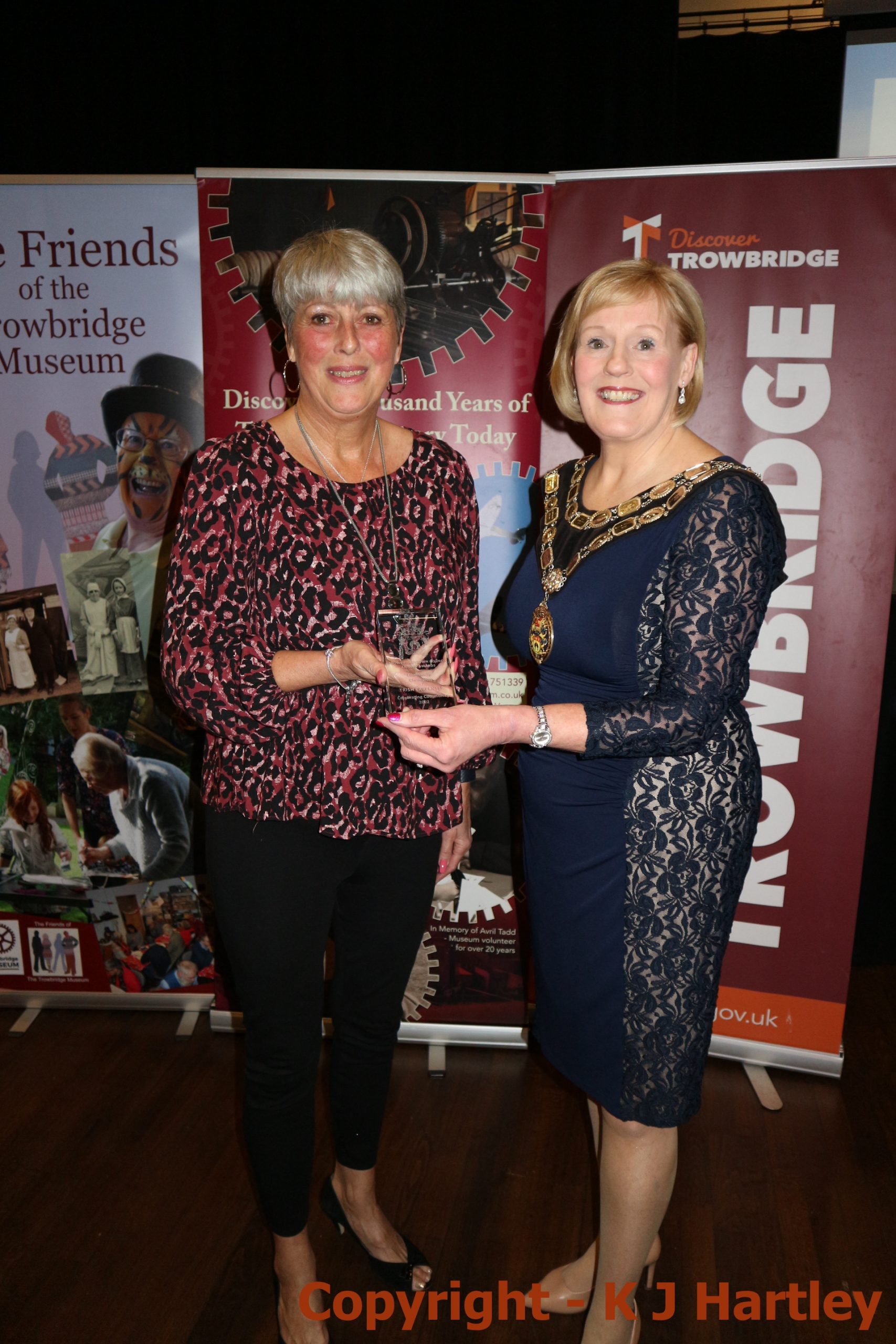 ‘Community Champion’
This is a person or group who is recognised as having made an outstanding contribution to the local community.

The Community Champion this year is Trish Carpenter. Since her retirement, Trish has dived head first into supporting our communinty. From regularly volunteering at Trowbridge Food Bank, Alzheimer’s Support in Mill Street and Trowbridge museum and recently assisting with the sorting and packing of donations for the people of Ukraine, its a wonder where Trish finds the time to be such a hands on grandma as she is! She is also an email or a phone call away from being on hand to many other local community groups and charities offering her knowledge.

‘Green Award’
For a contribution toward enhancing the town’s ‘green’ credentials, whether through recycling/litter campaigns or initiatives, or improvement of green areas within the town.

The winner of the Green Award this year is Matt Callaway. Matt devotes a huge amount of his time in making Trowbridge a better place. He delivers this with kindness, patience and enthusiasm; no matter how big or small, he gets involved whole heartily. Matt has been described as a Green Hero for the town, he is an integral part of Trowbridge Environmental community group which have made such a difference to our town with litter picks, allotments, working areas in our park and working with Trowbridge Future and introducing the Blue Heart Scheme into our town. Matt supports activities and schemes by leading bat walks and supporting Broadhead pond group. 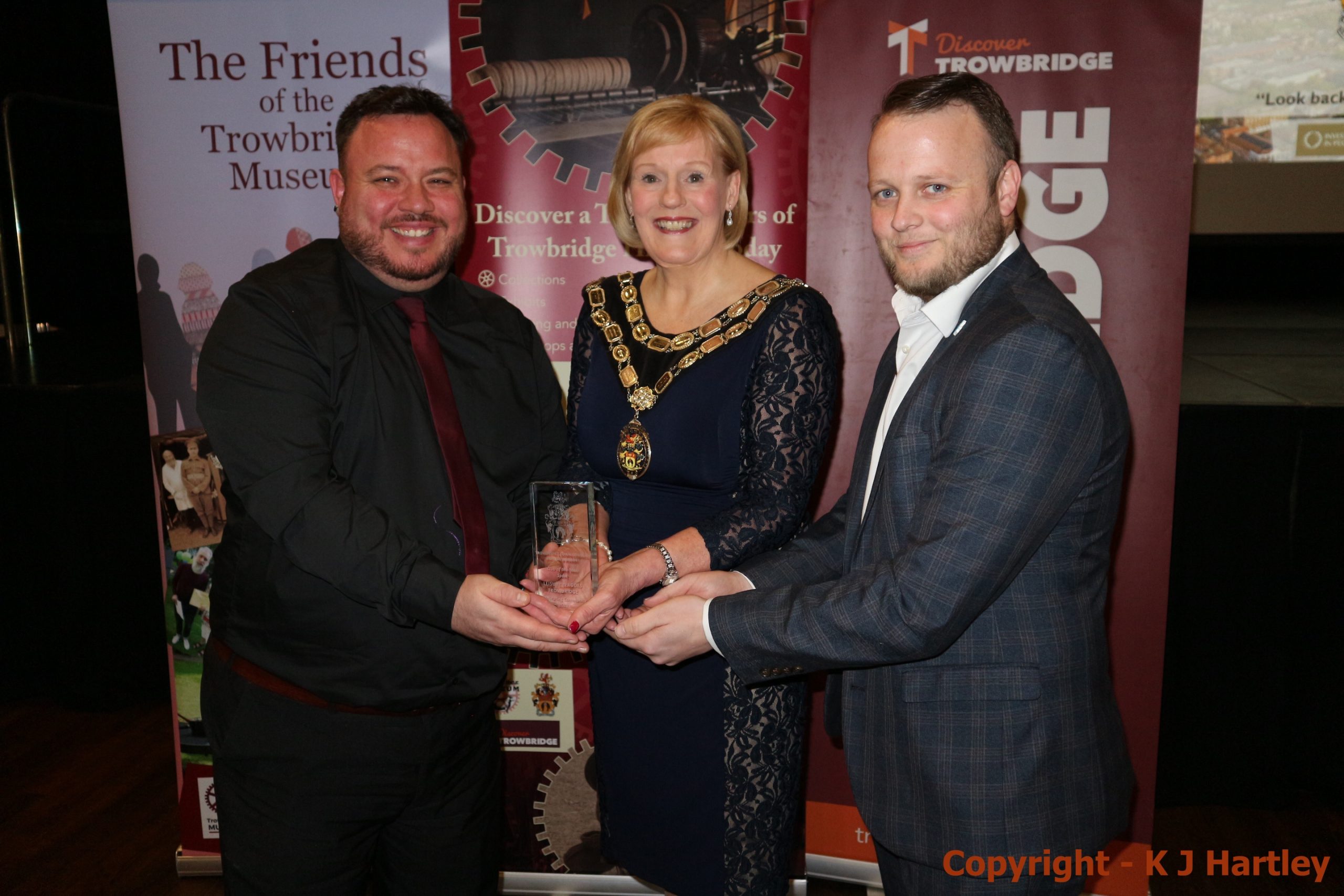 ‘Club Of The Year (Sport)’
Sporting or leisure, the club that through its activities has made an ongoing and significant contribution to the town.

The winner of the award this year is the Leisure Leagues Trowbridge. Bring truly entwined with our community, the club provides a platform for nearly 400 people to play football each week. The members are a mixture of all abilities including, members that are vulnerable within our society, giving them a safe and supportive space to feel a part of the team. During Covid-19, social isolation was difficult for everyone however, this stable platform supported individuals to come out, exercise and get the much needed support of social interaction. The club doesn’t just support our community but it also supports John of Gaunt school with the additional funding as well as providing sponsorship to local teams with kit and equipment. 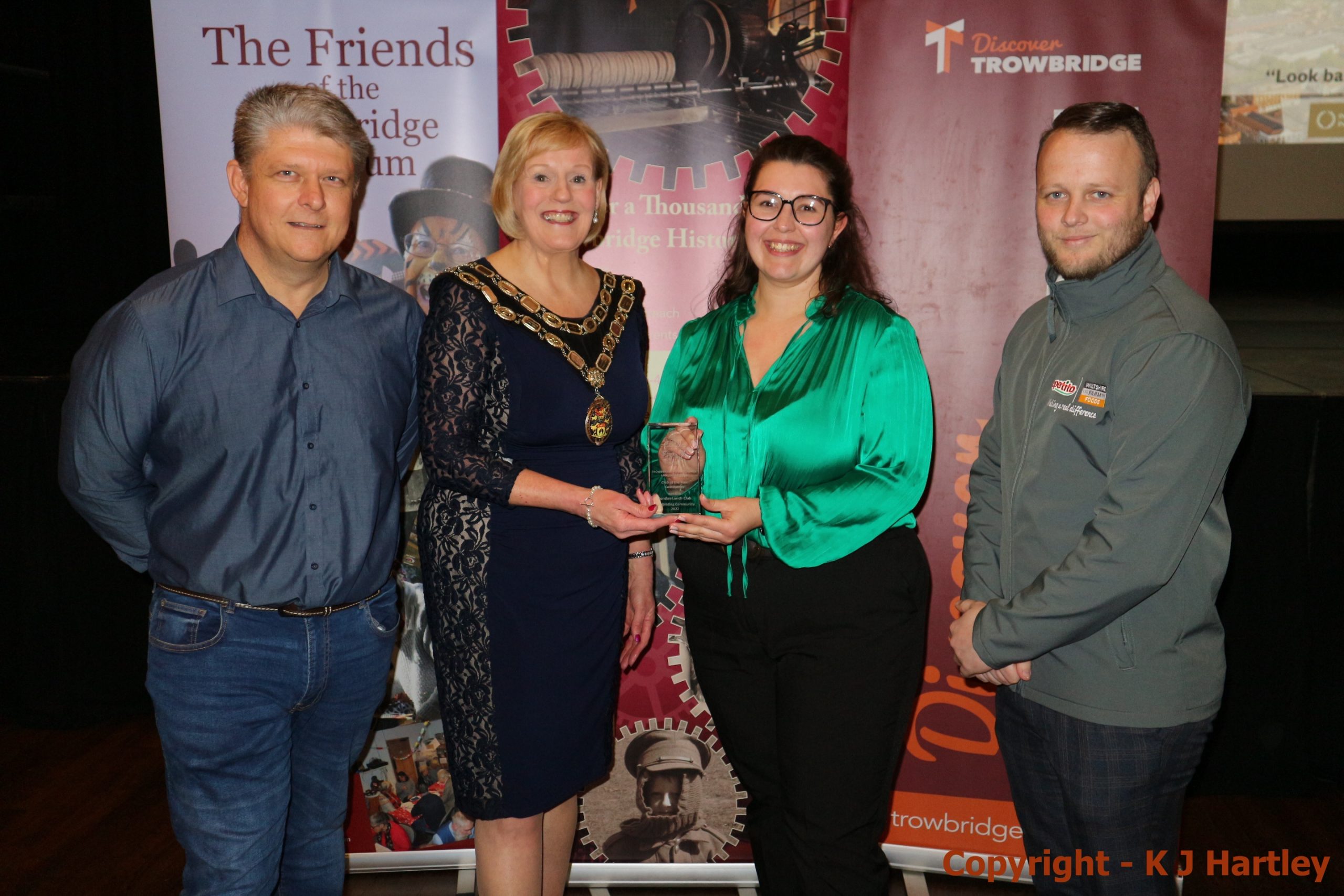 ‘Club Of The Year (Community)’
The club that through its activities has made an ongoing and significant contribution to the town.

This year’s winner is Apetito Sunday Lunch Club.  Mandy Chambers, Jack Jones, Clinton Chatham and the many volunteers at apetito have supported our local community by running the Sunday Lunch Club offering a three course menu as well as cakes and brownies for everyone over the age of 65. There is also entertainment such as quiz, bingo or live music after. All of which is provided completely free of charge. The club most importantly provides social interaction, supports new and old friendships and gives careers a much needed break from cooking – even just one day a month, it has become a lifeline for members within our community. Each month they welcome approximately 50 people and a total of 2000 meals since it began. 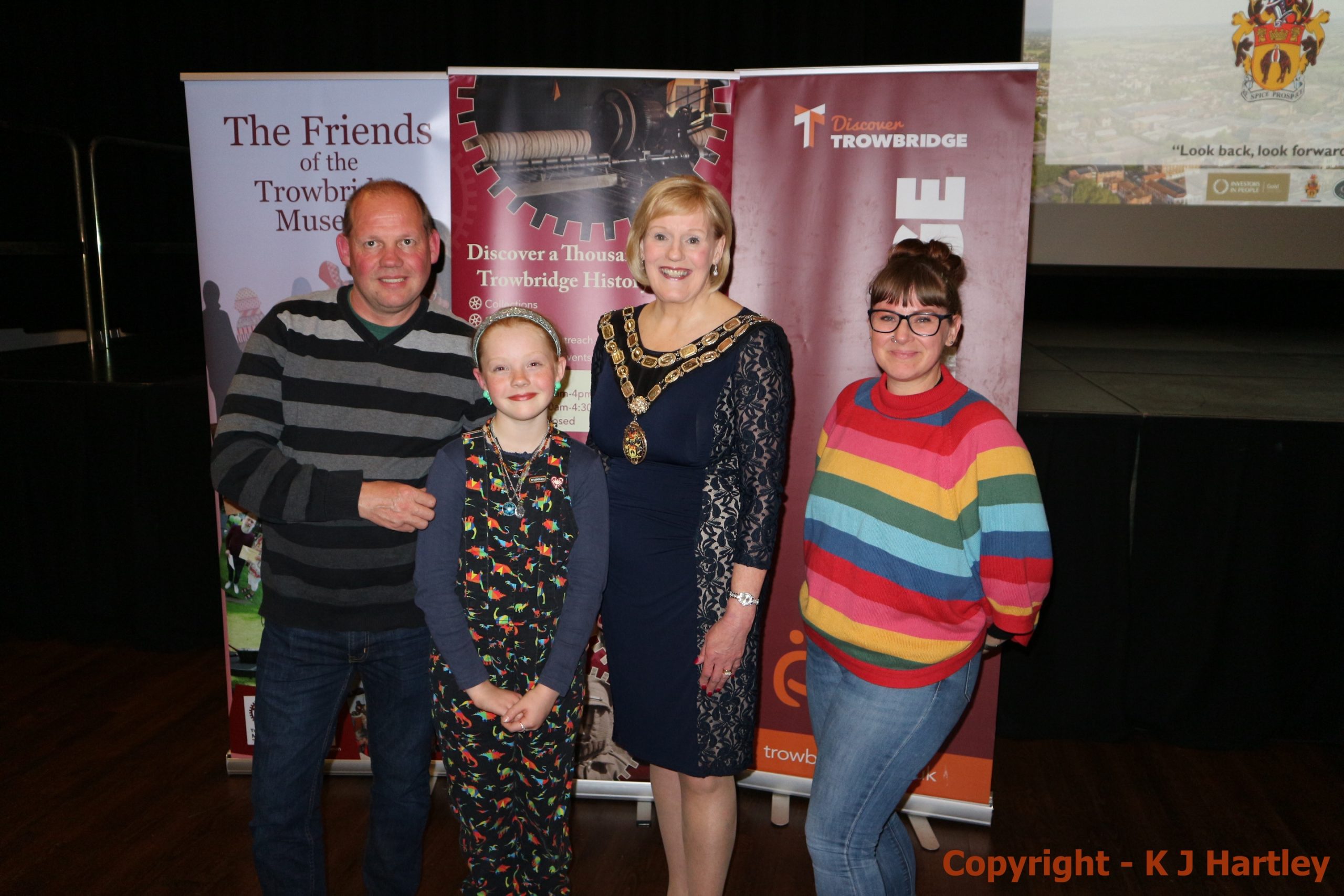 This award was selected from all the nominees from the other categories and the Mayor recommends their winner.

This year the Mayor has chosen Maci Beety. 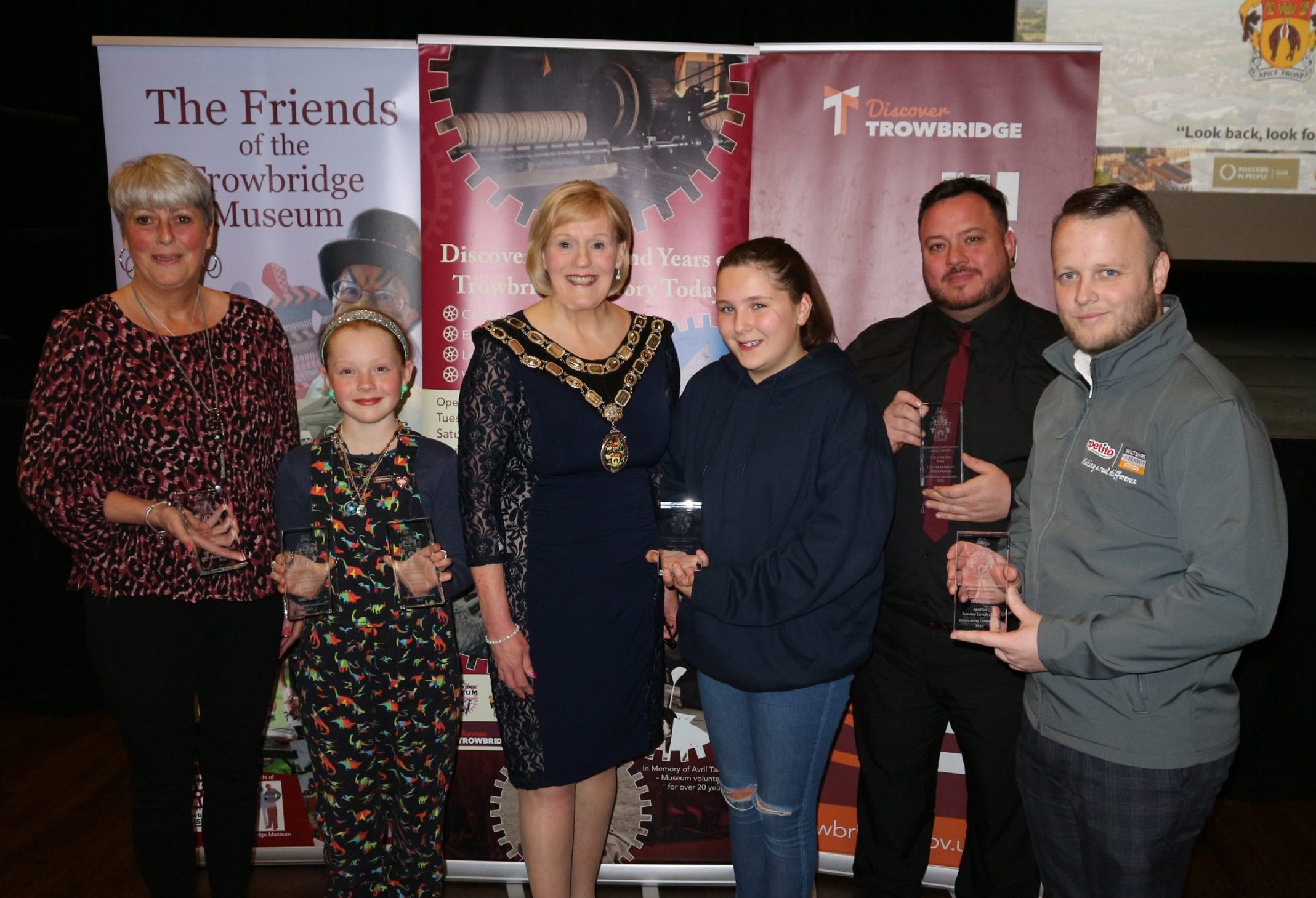