The Biggest Stars of Tomorrow…..Today!

Alexandra Haddow – A talented MC who has supported Jack Whitehall and Frankie Boyle.

Carl Donnelly – An accomplished stand-up comedian and a regular at all of the finest comedy clubs in the UK and Ireland.

Tickets can be purchased here 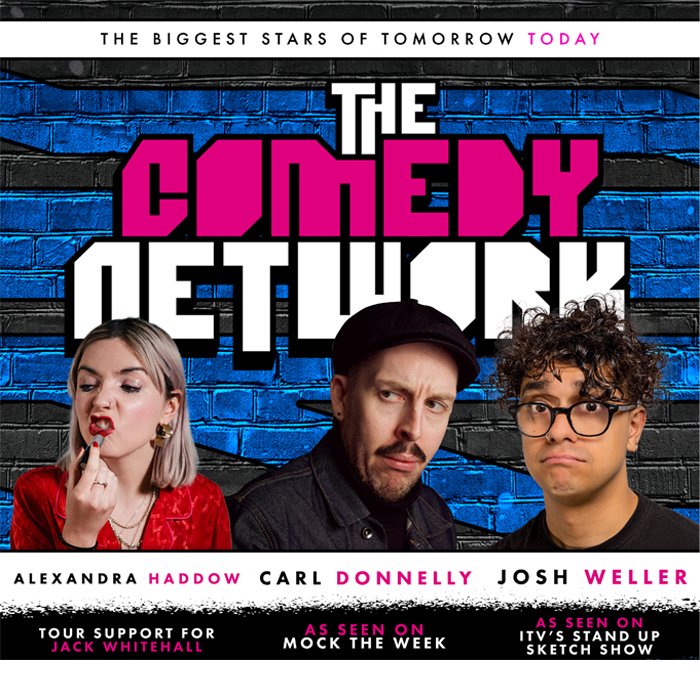