The Mayor of Trowbridge’s Christmas Message

What a Year 2022 has been. That feels like an appropriate start and something of an understatement.

I have had the privilege and honour to represent you at Church services at places such as Malmesbury Abbey and Salisbury Cathedral. One of the most touching and emotional duties is to participate in Citizenship Ceremonies at County Hall, in which people who have spent several years finally gain British Citizenship. Being a strong military area, by far and away, the majority of those are serving troops who have protected us and now joining us.

I have been fortunate to support and work with many of the charities and community ventures who support our communities. These range from the Storehouse foodbank, one of my chosen charities along with the Air Ambulance, to the breakthrough homeless charity (now called Nexus). The work done by these bodies, along with the Monday-Wednesday club and the Park Club, to name but two others, is fantastic. They are inspirational and help glue our communities together.

If ever we needed these individuals and groups, it is now.

The world has been in turmoil, the country in crisis and the town under pressure unlike anything that I have ever known. I am certain that everyone is feeling the sorts of pressure that we have never anticipated or even planned for in our wildest dreams.

The worst thing to feel at any time, and especially in the Festive Season, is that sinking feeling of being alone and helpless. We at the Council, Officers and Ward Councillors have a responsibility to do our best to make sure that nobody must feel that way.

A group of us have worked hard since the summer to put warm spaces or banks together just to make sure that whatever their circumstances, people can be together and warm. This hasn’t been any sort of political endeavour, the work has been done by Councillors from all of the groups, often people that would normally argue passionately with one another have worked together to get something important done.

We have been massively supported by organisations such as the Park Club and, through CATA, the Churches within the town. Officers have helped to deliver leaflets in their own time, and as much help and advice as we can give is on our website. This isn’t about blowing our own trumpets; it’s about taking responsibility and stepping up. We are a community, and we are helping ourselves which is what counts.

I have around 4500 people living in my Ward, and I feel responsible for each and every one of them. Multiply that by ten and those are the people who I have sworn to protect and help as Mayor.

In a former life I was a teacher, and a part of my job was to interview and guide applicants to the sixth form. I interviewed one young lady, who I had taught since she was a tiny, but feisty scrap of a girl in year seven. When she came to me at sixteen for interview, I asked her what she wanted to do she was very committed and direct:

I warned her that it might not always be possible, and that she might have to be prepared to lose some patients. She was perfectly clear in her answer:

“I will not allow that to happen”

She knew that that might not be in her control, but that was her attitude towards what would be a tough, exhausting and sometimes heart-breaking career.

We have a lot to look forward to in the coming year, the prospect of some form of economic stability, money being put into our town to revitalise the centre, the Coronation, and just the hope of better times to come. That all seems to be a way off, but if we look out for our families and friends, neighbours, and strangers, we can get there together.

You are not alone and will not be left or forgotten. We can do this together and support and help one another through the next few difficult months.

In the meantime, I would like to wish everyone a very merry Christmas and peaceful New Year from my family to yours. 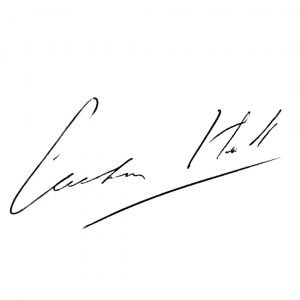 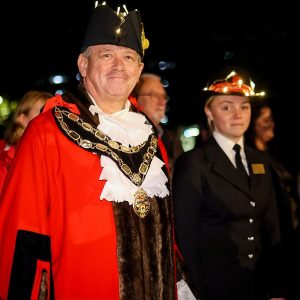