The Comedy Network is coming to The Civic! 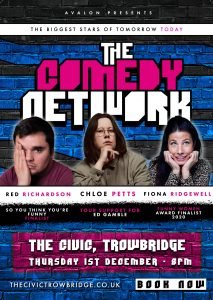