Daydream Runaways are 4 pop culture obsessives hailing from the UK’s South West, who came together to celebrate their love of nostalgic pop rock.

Formed in 2019, their single FAIRYTALE SCENE earned them radio play from BBC Introducing & Swindon 105.5FM & support in the press from RGM Magazine, Bring Me The Music and Buzz Music.

The band played numerous headline shows since with standout sets at DOCA Festival and Live at Longleat as well as supporting Scouting For Girls & Toploader at Foodies Festival last summer.

Daydream Runaways’ sound blends familiar rock & pop tropes and adds a splash of uplifting indie. As far as their influences go, they range from the likes of The Killers, The Wombats, Imagine Dragons, Paramore, Bloc Party, Led Zeppelin, The Eagles & The Smiths.

With an interest in pop culture, they’re also inspired by their love of comic books, video games and films such as Fortnite, Back To The Future and Star Wars.

Their debut EP ‘DREAMLANDS’ showcased on BBC Introducing In The West, the band stated their ambition in the pop rock sphere.
2022 will see the band build upon this momentum, delivering on their adventurous yet accessible sound with a string singles, with the material for a debut album on the horizon. 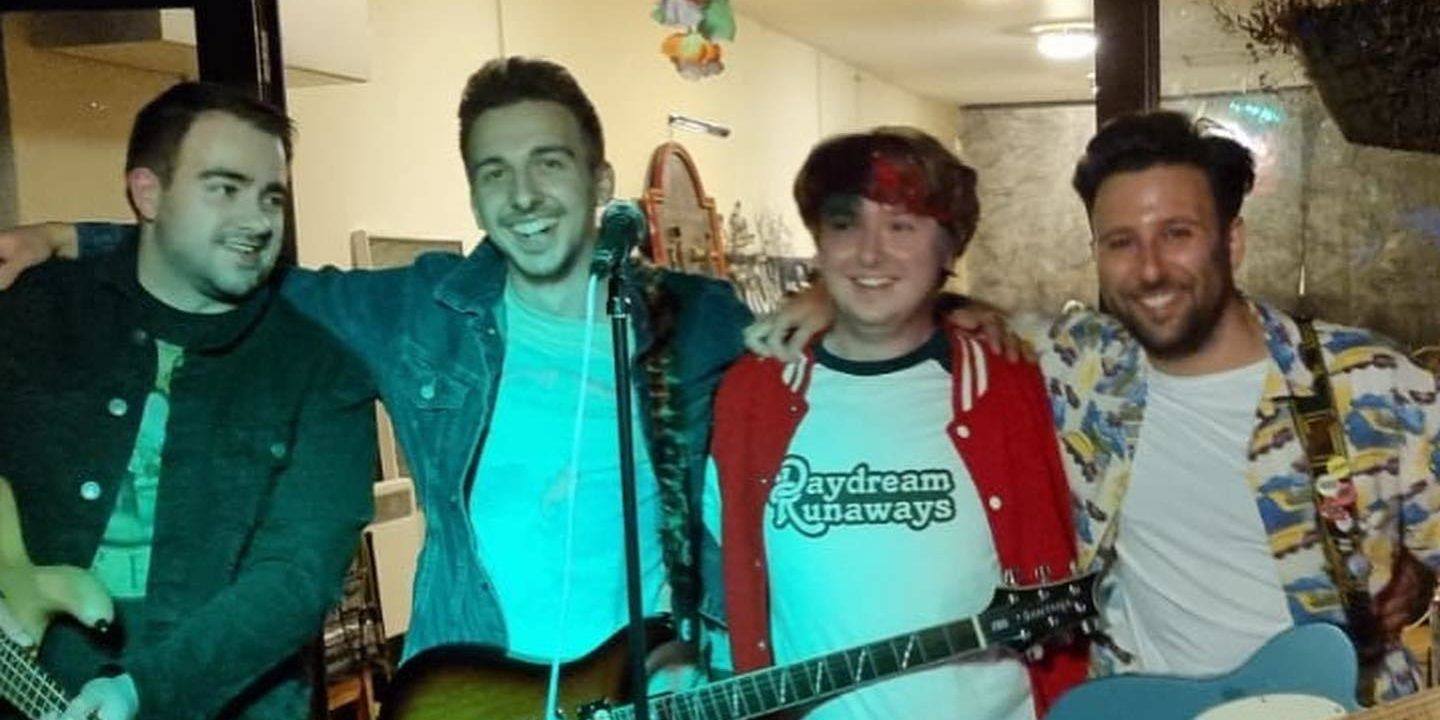