GEORGE EZRA – In Concert (SOLD OUT)

Massive news! George Ezra will be returning to Sound Knowledge for our biggest ever event. He’ll be playing a short, intimate set to promote the release of his highly anticipated third album ‘Gold Rush Kid’ on Thursday 16th June at The Civic in Trowbridge, our first event in that venue. The performance will start at 8pm.

The Brit Award-winning singer-songwriter first played for us way back in 2014 before the release of his debut ‘Wanted On Voyage’ which would become his first chart-topping album. Its follow-up ‘Staying At Tamara’s’ hit No. 1 on both the Albums and Singles Chart with the mega track “Shotgun”. His new album was written and produced entirely in London with longstanding collaborator Joel Pott. “The Gold Rush Kid? That’s me,” says George, reflecting on the title of his third record – a 12-strong suite of marvellous, transporting, elevational songs, that more than anything “sound like me. That’s what ties them together.” 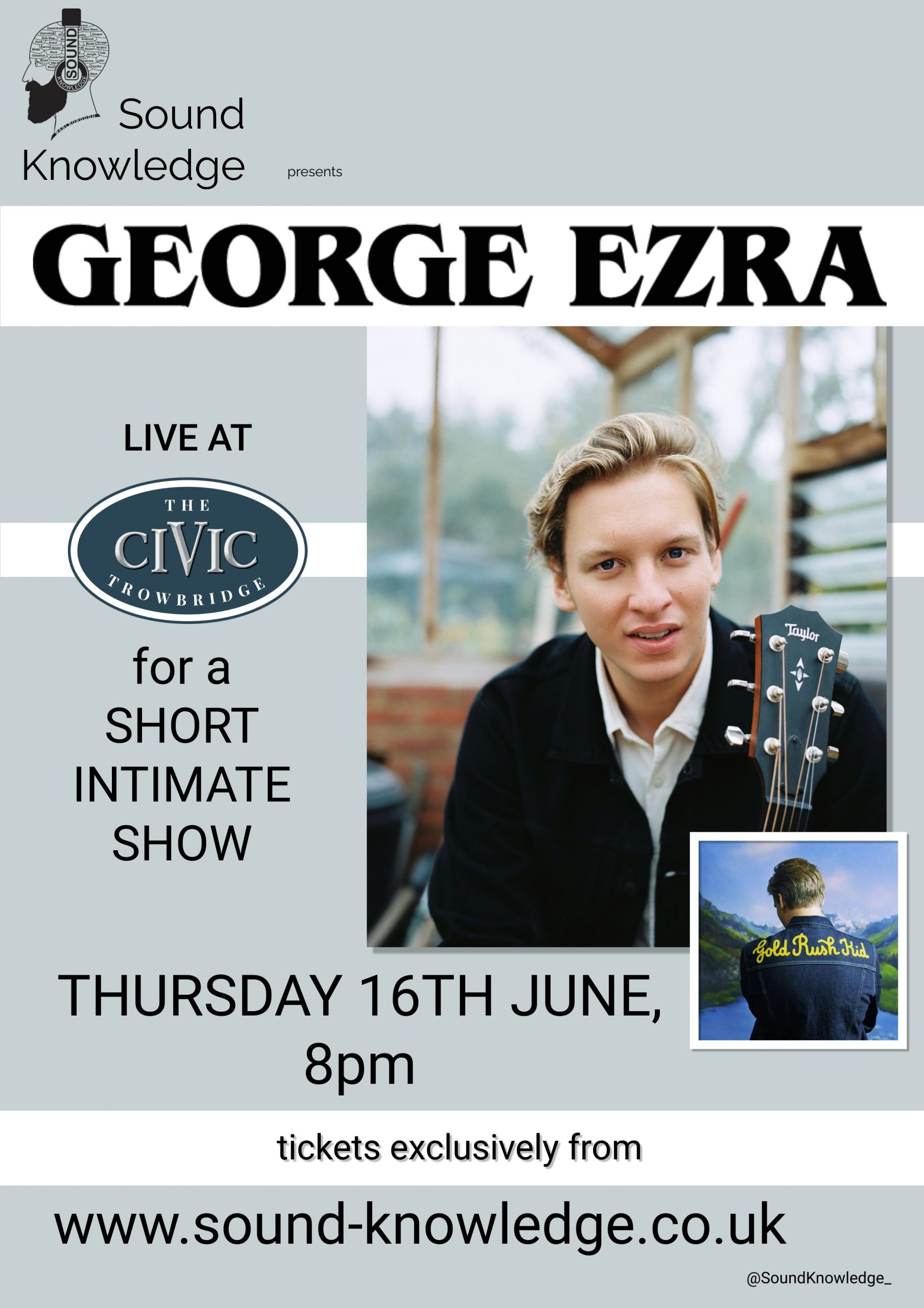