Award-winning song and storytelling trio Harp & a Monkey specialise in poignant and melodic short stories (original and traditional) about life, love and remembrance– the extraordinary ordinary.

The trio’s work has been described as “bold and brilliant” by the likes of The Observer, “fantastic” and “fascinating” by Mark Radcliffe on BBC Radio 2, “inventive” by Mojo, “excellent” by The Guardian and “unique” by Mike Harding.

Their most recent (fourth) album, The Victorians, features street, parlour, work, popular and rural songs and stories from the Victorian period reworked for contemporary ears. Like all their work, the result is thought-provoking and entertaining.

Keep an eye on the soundtrack credits for art films and documentaries, as their work often features – including a recent Sky Arts documentary on Ewan MacColl.

One of the finest female singer/songwriters this country has produced in years. Edwina brings together English folk, Americana and the rich Northern singer/songwriter tradition to create a sound that’s truly her own.

Edwina numbers Michael Parkinson and Mike Harding among her fans and the title track of her album Pour Me A Drink was covered by Nanci Griffith who called her ‘the sweetest voice in England’.

Her cover of the Randy Newman song Feels Like Home was featured in the Cameron Diaz film My Sister’s Keeper and has since had over ten million plays on Spotify and over thirty million plays on You Tube.

‘The sweetest voice in England. A wonderful young woman, so gifted and full of song.’ – Nanci Griffith

Edwina is a favourite of many festivals and folk clubs and has performed at weddings too.  She has a lovely and slightly wacky stage presence and can have you laughing one minute then crying at the emotion in her songs.

Merv Grist has been performing his uniquely anarchic and absurd comedy for more than 50 years! Leader of local legends the music/comedy troupe, The Merv Grist Players who played every Village Pump Festival, his work has covered silly songs, hilarious poems and stories and composing crap musicals. Merv was even briefly signed to Virgin in the 1990’s!

No stranger to national tv and radio, he divides his performing these days between the brilliantly funny music duo The Cleverly Brothers and building on his growing reputation as a stand-up comic poet. 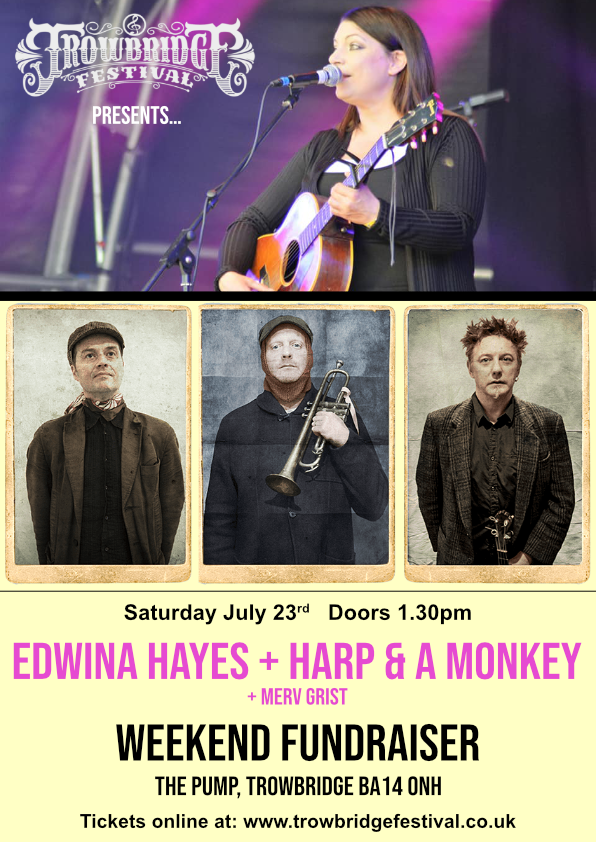