Complete with his unique style and eccentric shirts, Milton will reveal the truth behind having once been an international spy, and then being given a somewhat disappointing new identity which forced him to appear on Mock The Week (BBC Two), Live at the Apollo (BBC One), Michael McIntyre’s Comedy Roadshow (BBC One) and even headline on Dave’s One Night Stand (Dave). This is a love story with a twist, or at least a really bad sprain. Is it all just gloriously daft nonsense, or is there a deeper meaning? Every man has his price. Sainsbury’s, where good food costs less.

Milton Jones said previously: “My latest show is called Milton: Impossible and is loosely based on a Tom Cruise film I saw once called something like Undo-able Task. In it I play a Milton who appears to just have a job in Asda, but at night he’s also an international spy involved in secret things and quite bad situations. But if daft jokes give you an allergic reaction and send you into a coma, then don’t come running to me! Also, at a difficult time for our country, I believe there’s a chance this show could unite the nation. Admittedly quite a small chance.”

Milton’s last sell-out tour, Milton Jones Is Out There, was seen by over one hundred thousand people, with an entire leg of extra shows added to cater to demand, underlining his position as one of the UK and Ireland’s most popular comedians. Milton has co-written and performed in twelve of his own radio series for BBC Radio 4 and in 2012 Another Case of Milton Jones won the Silver Sony Award for Best Comedy. He won the Perrier Best Newcomer Award, is the winner of two Sony Awards, a Writers Guild Award nominee and his radio show Very World of Milton Jones was nominated for a British Comedy Award. Milton has also released three hugely successful live DVDs – Milton Jones – The Universe Tour. Part One – Earth Milton Jones Live, The Lion Whisperer and On the Road.

2 halves with interval and support act 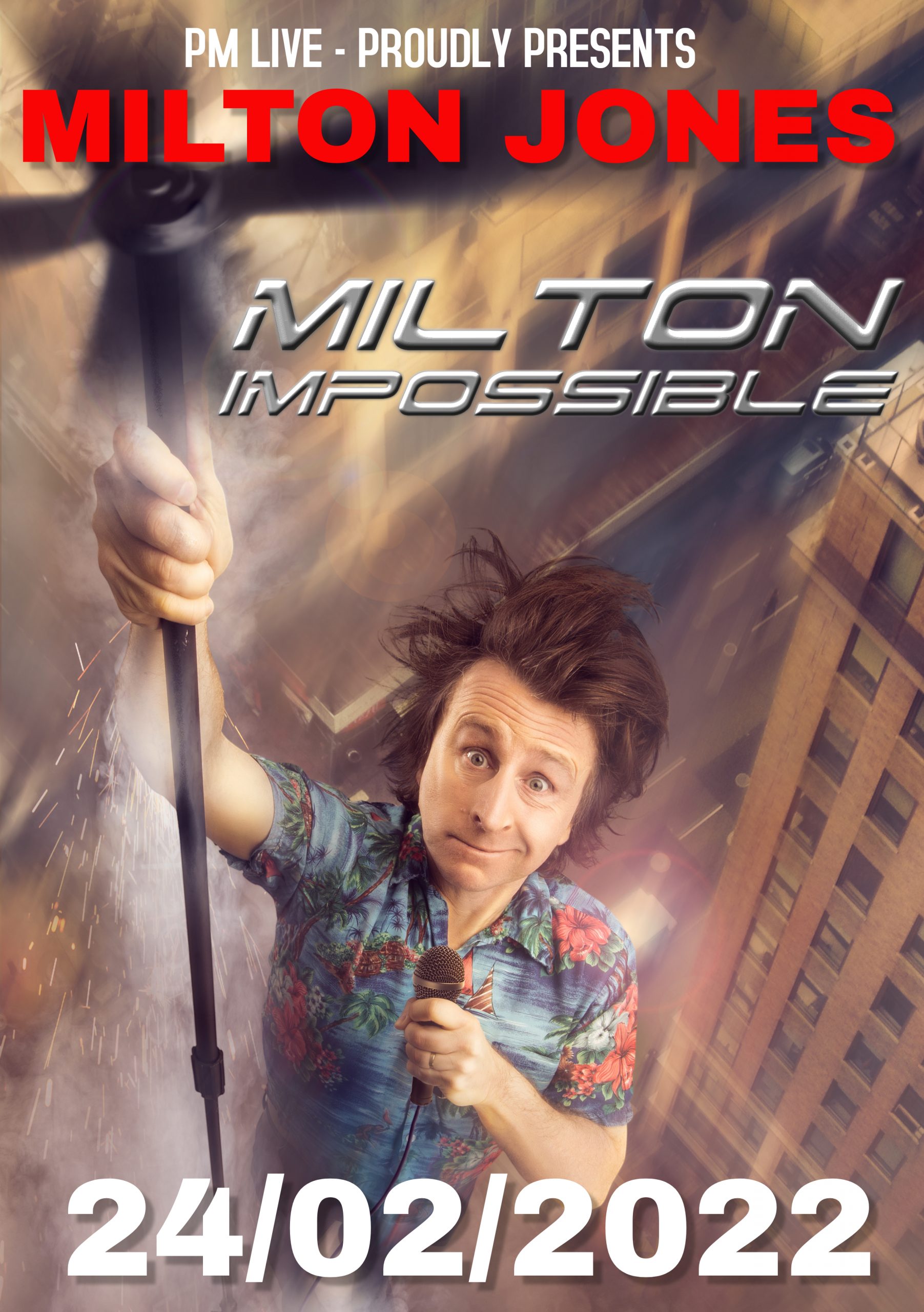