From his base in the Welsh valleys. Rob’s first solo recording, ‘A Million Stars’ was a six track E.P. The success of which resulted in the title track becoming a BBC Single of the Week. Rob’s second single ‘Little Acorns’, produced by the Manic Street Preachers’ celebrated producer Greg Haver also gained Single of the Week status.

Rob’s full debut album titled ‘Let it go’, mixed and co-produced by Richard Thomson’s Grammy-nominated producer Simon Tassano. Saw release in 2013. The success of that debut album led to major festival appearances and touring in both the UK and Europe.

Recent times have seen the release of follow-up album, ‘Motorcycle Heart’, once again co-produced in Texas by Tassano. With a full band line-up of an eclectic gathering of instrumentalists including Van Morrison bassist Pete Hurley and African rhythm tutor Liz Mullins, the album blends all the skills and influences of Rob’s band to deliver 12 tracks that bridge Americana, Folk, Country and even a dash of radio-friendly pop.

Described as ‘Elegance with acoustic aplomb’, by Country Magazine, and with a brand new album of songs drawing on the memories, experiences and coming-of-age tales of growing up in a small mining village tucked away in the Welsh valleys, Rob’s music blends folk, Americana, pop and a touch of rockabilly.

Strange Days is Rob’s third album, mixed and co-produced by Richard Thomson’s Grammy nominated producer Simon Tassano, and also featuring award winning blues guitarist James Oliver, as well as Van Morrison’s ‘go to’ bass player, Pete Hurley. Songs from his previous releases Let It Go and Motorcycle Heart were selected for BBC’s ‘Single of the Week and earned Rob performances at some of the UK’s most prestigious music festivals.

As a singer-songwriter, Phil King has the whole trinity: A beautiful soulful singing voice, deft skills at playing the guitar, and the capacity to write elegantly worded and powerful songs. His album ‘The Wreckage’ received excellent media attention with Radio 2’s Bob Harris describing him as ‘Absolutely Brilliant’ and ‘A Song Weaver’. 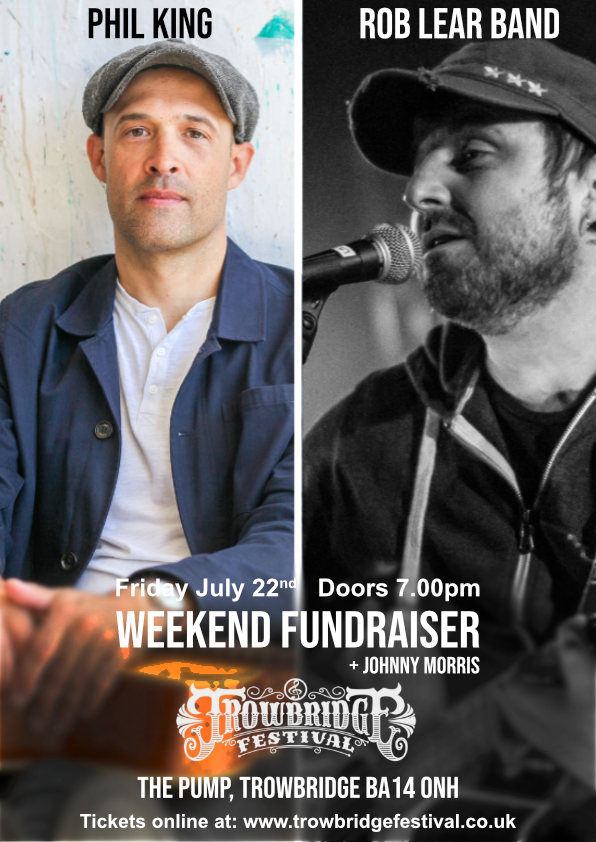