The Model Folk are a six-piece band, hailing from the deepest darkest reaches of North Somerset. Our sound is an eclectic cocktail of influences that could loosely fit in the folk canon.  Live shows are full of self-deprecating humour, romance, pathos, audience engagement and interaction; this creates an intimacy which feels more akin to a family get together than a gig; with tunes such as Nipples for Men and Naked in The Kitchen, our aim is to get everyone smiling and tapping their feet.  The music is created with clarinet wizardry, trumpets, trombones & accordion; topped off with epic harmonies; with influences from The Bonzo Dog Doo Dah Band, Curtis Eller, Frank Zappa, Robyn Hitchcock, Ani DiFranco, Cardiacs, Tom Waits, Beirut, Fiona Apple, Bob Marley, Glitzy Bag Hags, John Martyn and many others but sounding like none of them.  As one recent gig attendee said to us “you may go not knowing the songs, but you end up wondering why on earth you hadn’t known them all your life!”

The band have played festival slots at Purbeck Valley Folk Festival, Folk on The Quay and Sidmouth Folk Festival where they played a guerrilla set in a butcher’s shop.  They have also played impromptu sets on various trains on the Swanage Railway released an EP in 2013 called Travelling at The Speed of Cattle, An Album in 2015 Called The Great Pedants’ Revolt and Their latest album Houses For Little Horses is due for a March 2018 release on Diabetic Horse Records.

BBC Folk Award winner Ben Walker joins forces with highly acclaimed singer and pianist Kirsty Merryn to create a fresh take on a tradition ripe for rediscovery.  Life and the Land is a celebration of England’s harvest tradition, reimagining songs born out of our agricultural past. Focusing on songs from rural England found in local archives and EFDSS collections, Ben and Kirsty are breathing new life into long-lost songs of the land; innovative composers and performers bringing eclectic influences from across the musical spectrum – from classical to jazz to electronica – as well as deep roots in traditional music. Both consummate musicians, contrasting and complementary styles combine to create a timeless sound, with Ben’s guitars and mandolin providing a perfect frame for Kirsty’s piano, harp and silver voice.

Ben Walker was recently hailed as ‘one of the best acoustic guitarists in the world right now’ by TotalGuitar magazine and ‘a great guitarist, composer and producer’ by Mark Radcliffe on the BBC Folk Show. With his work sought out from punk to Proms, from Rough Trade to the Royal Shakespeare Company, his passion is putting old jewels in new settings. A BBC Folk Award winner with more than fifty albums under his belt as a producer and player, Ben released his own album Echo last year to universal critical acclaim. Reviewers called it ‘a profound statement connecting past and present’ (fRoots), ‘ambitious, distinctive and brilliantly achieved’ (Songlines) ‘exceptional’ (Folk Radio UK) and simply ‘stunning’ (The Guardian).

Kirsty Merryn launched her debut album She & I in 2017 whilst supporting folk behemoths Show of Hands on their extensive UK Cathedrals tour. The album gained fantastic reviews and extensive airplay, with reviewers dubbing Kirsty ‘destined to be a big star’ (Sunday Express). One of her tracks features on Show of Hands’ new studio album Battlefield Dancefloor. Earlier this year her much anticipated follow-up album, Our Bright Night was chosen as the Guardian’s Folk Album of the Month with Folk Radio UK welcoming her ‘haunting…emotional and musical depth…musical craftsmanship and her articulacy of the heart.’

Phil is a contemporary singer/songwriter who has earned excellent reviews from the national press, with his thought provoking songwriting and energetic live performances drawing comparisons to Neil Finn, Glenn Tilbrook and Ben Folds.

During his live shows, he makes a real connection with the crowd, whether it’s handing out dozens of egg shakers, or passing around his “doodle book” for the audience to draw in. Every now and then you’ll catch him unplugging his guitar and shunning the stage to stand right in among the captivated audience. 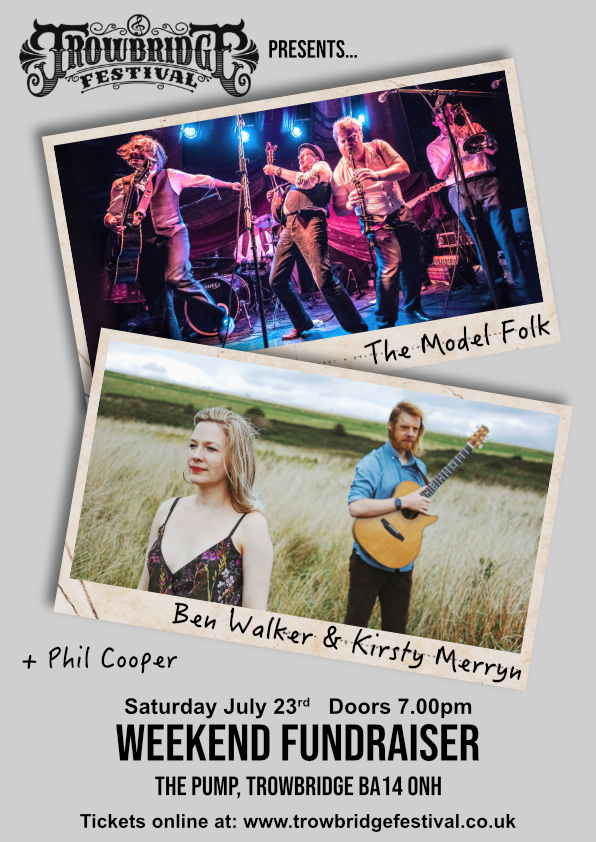